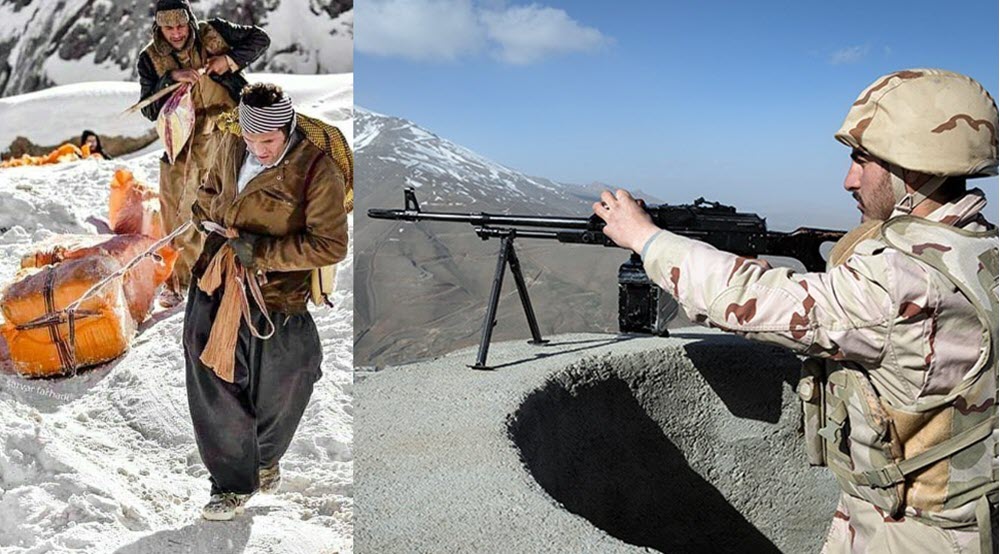 The Iranian regime’s Revolutionary Guards (IRGC) have opened fire on porters (kolbars) in Iran’s border areas on several occasions during the past few weeks, killing and wounding dozens, according to human rights sources.

On Saturday, state security forces fired on a group of porters, killing Reza Ebrahimi and wounding another young man.

On Friday, a young porter, identified as Younes Pirooti, was shot and injured in Sardasht, western Iran, by IRGC forces. His friends and relatives rushed him to the hospital.

Meanwhile, in Khoy district, western Iran, border patrols and IRGC forces targeted another group of kolbars. One young man, Naji Abu-Bakri, was severely injured and rushed to a hospital in the nearby city of Urmia. The bullet had hit his upper thigh, severing one of his main arteries and causing him to lose a lot of blood.

On Thursday, IRGC forces in Famishleh township, near Marivan, opened fire on another group of porters, causing the immediate death of 16-year-old Esmaiel Savojinejad. His body was sent to a hospital in Marivan.

On Wednesday, IRGC forces wounded another kolbar, identified only as “Shahab”, in the city of Sardasht. They chased him, likely intending to shoot him, but called off their pursuit when he fell from a cliff and broke his leg.

On Sunday, August 4th, IRGC forces in Piranshahr, western Iran, confronted another group of porters, who were carrying merchandise on their backs through rough mountainous paths, and opened fire on them, injuring Rashid Khandani and Khalil Qaderi, two young Kurdish kolbars.

It is common for people in the western regions of Iran to work as porters, transporting goods in from Iraq and Turkey to meet the needs of the Iranian people and sometimes exporting Iranian wares.

According to human rights groups, hundreds have been killed or injured in recent years, either shot by security forces and border guards, stepping on land mines leftover from the Iran-Iraq war, getting caught up in natural disasters, or falling from mountains.

But in places, like Kurdistan province, where unemployment has hit 40%, many believe the risks are worth it.

The regime claims that the porters are smugglers and that this justifies their extrajudicial murders by the IRGC, but the truth is that the IRGC is the biggest smuggler of them all.
They just don’t want anyone encroaching on their turf.