NCRI – At the invitation of ‘Syrian Revolution coordination’ in Paris on Saturday, December 17 a rally was held in front of the Iranian regime’s embassy. 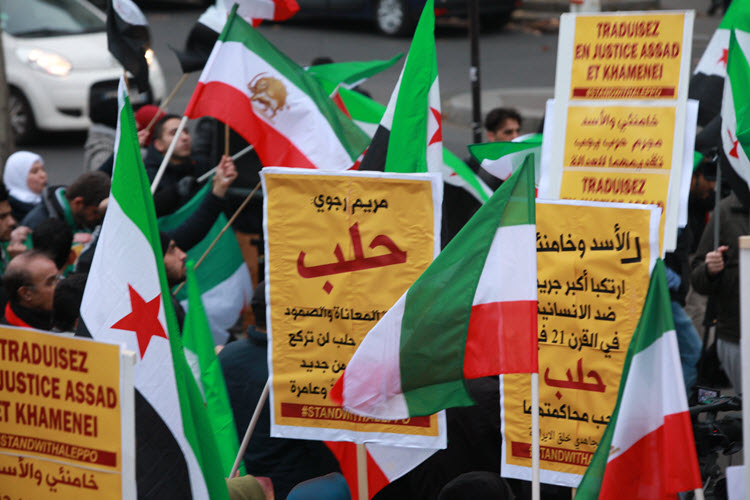 In this demonstration hundreds of Syrian people and the members and supporters of the Iranian resistance participated in order to protest the crimes against humanity which has been committed against heroic people of Aleppo by Bashar Assad and Iran regime’s forces and mercenaries, as well as condemning the attempts of the Iranian Guard blocking the evacuation of civilians and militants from East Aleppo.

The protesters waved flags of the Syrian revolution and the flags of the Iranian resistance, as well as slogans against Khamenei and Bashar al-Assad and the need to be held accountable before international courts.

Protesters chanted slogans like: “ Down with Bashar Assad” and “Down with Khamenei”, “Long live the Syrian revolution, long live the Free Syrian Army”, “expel the mullahs guards and militia mercenaries from Syria,” Khamenei and Assad and Qassem Soleimani are the butchers of Syrian people are war criminals and must be submitted to justice. 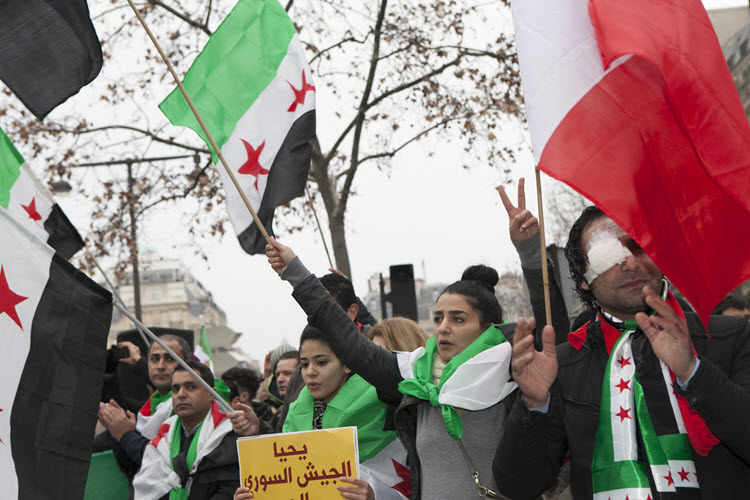 The protesters also carried banners like: “Maryam Rajavi: Aleppo is the icon of suffering and steadfastness in the world, Aleppo will not kneel and will rise again, free, tall and full of pride » Maryam Rajavi: Aleppo is the icon of steadfastness and eternal flame of resistance and a source of inspiration for all freedom loving people, « Assad and Khamenei have committed the greatest crimes against humanity in the 21st century in Aleppo and must stand trial »,« Aleppo is the heart of the eternal resistance and will rise from the ruins and will be the herald of the demise of the mullahs all over the region »,« Maryam Rajavi:

We consider ourselves children of Aleppo, one of the landmarks of world civilization marked with blood »and …

Participants in the rally chanted slogans “Khamenei is a Murderer”, “Bashar is a murderer”, “We must end the silence over the massacres in Syria” and “Syria will not kneel,” “the people will not tolerate”… 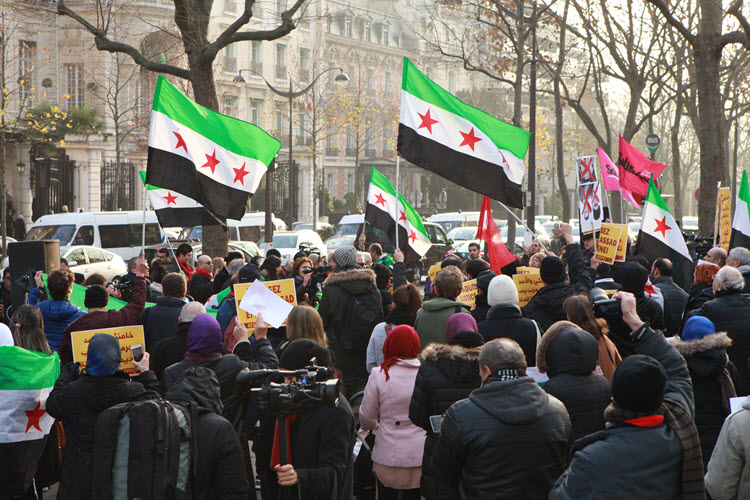 In this rally some Syrian, Iranian and french figures spoke on this occasion. Mr. Ahmed Drickznla General Coordinator of the Syrian community in Paris, stressed on the unity of the Syrian and Iranian people and their resistance in the face of two dictatorships ruling on the two countries. 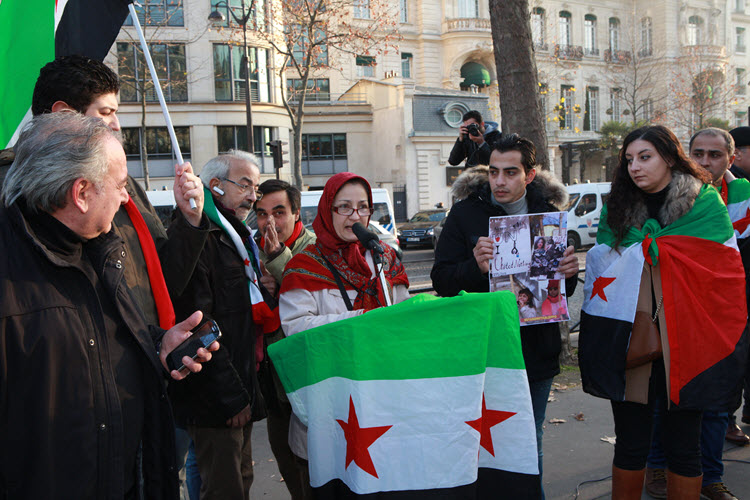 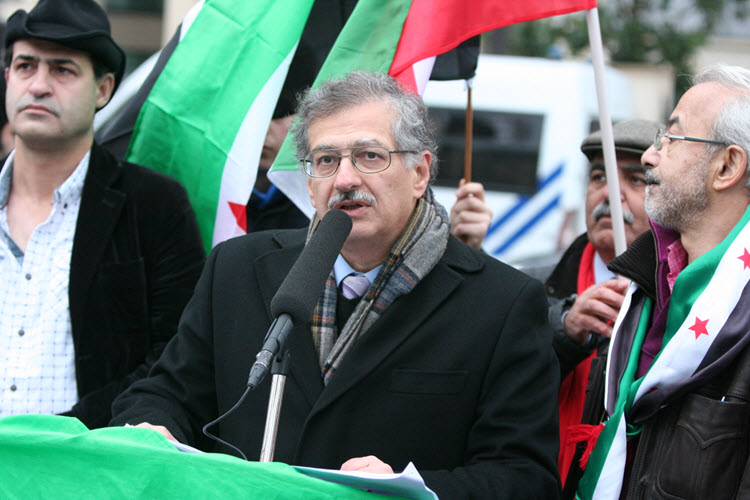