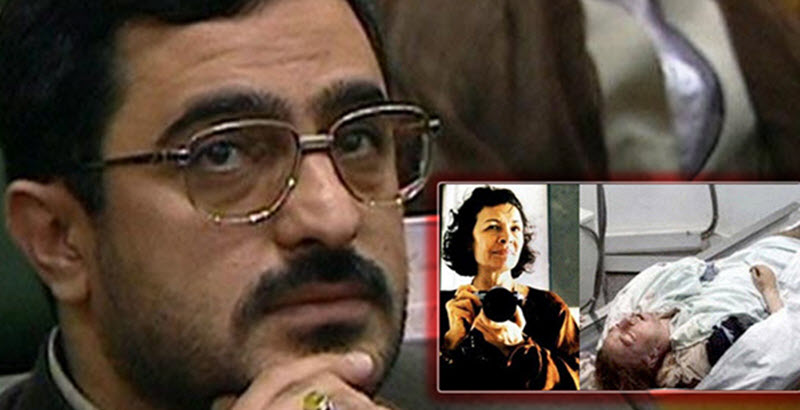 Iranian Supreme Leader Ali Khamenei has pardoned the man responsible for the torture, rape and murder of thousands of dissidents in yet another example of the repressive Regime’s treatment of those who dare to oppose them.

Former Tehran Prosecutor General Saied Mortazavi, who is more commonly known as the “butcher of the press”, was formally charged as the “main culprit” in the Kahrizak Detention Centre scandal, where protesters challenging the 2009 Iranian elections were tortured, raped and killed, but was never sentenced. In fact, little is known about the closed-door trial that he reportedly went through and he was never sentenced.

Reports also point to Mortazavi as being the man behind the rape, torture, and death of Iranian-Canadian photojournalist Zahra Kazemi in 2003, when she visited Iran to photograph demonstrations with the full permission of the Regime.

The Iranian Parliament issued a report later that same year in which they accused Mortazavi of trying to cover up Kazemi’s death and forcing witnesses to alter their accounts of the events, and to this day, the Canadian government maintains that Mortazavi ordered Kazemi’s arrest, supervised her torture, and was present when she was killed.

And Kazemi is far from the only journalist targeted by Mortazavi. Reporters Without Borders explains that over 250 journalists were jailed under his watch, while many more had been summoned. In 2005, journalists who testified about being tortured on the orders of Mortazavi began receiving death threats.

For all of this and more, the European Union sanctioned Mortazavi as a violator of human rights.

But despite all this, Mortazavi has never been charged or sentenced with the torture, rape, or murder of dissidents or journalists. Instead, he was charged with social security offences dating from the time he was the Head of the Social Security Organization and was sentenced to 70 lashes for “seizing public property” and another 65 lashes for “neglect of duty and wasting the property of the state”.

He was pardoned on both charges by Khamenei, according to the ISNA state-run News Agency.

It is pathetic that he has only been charged with this, but the Iranian Regime has a long and storied history of protecting those who abuse human rights. How else could you explain that some of the perpetrators of the 1988 Iranian massacre of 30,000 political prisoners still hold high-ranking positions in the Regime? This includes the recently appointed Head of the Judiciary, Ebrahim Raisi, who served on the Tehran Death Committee.