Lord Alton speaks out for human rights in Iran 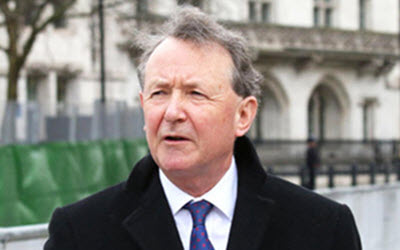 NCRI – The following is the text of the position by Lord Alton of Liverpool in the meeting on Iran in the House of Commons on Thursday in the run-up to the July 9 Free Iran rally in Paris.

– The increasing number of executions in Iran, with near to 1000 executions only last year, the highest number during the last two decades according to the UN Special Rapporteur on Iran;

– Over 100 executions since April this year;

– Arbitrary arrests of human rights defenders, journalists and dual citizens by the Revolutionary Guards on the bogus national security charges;

– the use of flogging and amputations as punishment;

– The Iranian regime is the main culprit in the continuation of the carnage in Syria. It has launched a new propaganda campaign with promotional videos targeting children to recruit them as child soldiers to fight for Assad in Syria and Shi’ite militia groups in Iraq;

– These show that the decision to decouple Tehran’s human rights abuses and support for terrorism from the nuclear negotiations was a big mistake;

– It is therefore paramount that the UK government takes all the necessary steps, both unilaterally and in coordination with the EU and the U.S., to make sure that the sanction relief promised to Tehran under the nuclear agreement does not end up in the hands of the Revolutionary Guard Corps and other repressive organs that are responsible for crushing popular dissent and dissidents at home and exporting terrorism and Islamic fundamentalism abroad;

– the UK government should make any improvement of relations with Iran contingent on an end to executions, torture, arbitrary arrests as well as the release of political prisoners and human rights defenders;

– the UK government must adopt a firm policy towards Iran that put pressure on the regime to end its human rights abuses and stop the systematic crackdown by its security organs to quell dissent;

Previous articleMARYAM RAJAVI AND DAVID JONES (MP FROM UK) MEET IN AUVERS-SUR-OISE
Next articleRaymond Tanter: Why the “Free Iran” rally is important