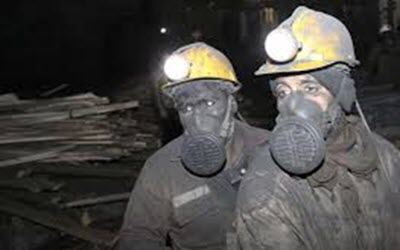 NCRI – Nine more miners have been sentenced to imprisonment and flogging by the oppressive Iranian regime. The miners, from Bafq Iron Ore Company, had been condemned for their union protest in 2014.

Bafq is situated in the central Iranian province of Yazd.

He added: “In the second verdict, the other seven workers were sentenced to a seven-month suspended sentence and 30 suspended lashes each.” His remarks were carried on Monday, June 6, by the state-run ILNA news agency.

All of the above sentences are suspended for a period of five years, according to state media.

Last month, the flogging of 17 miners, who protested the dismissal of 350 workers from the Agh Dara gold mine, and numerous young people, who attended mixed-gender parties, brought worldwide condemnation for the Iranian regime including from the United Nations.

A spokesperson for The UN’s High Commissioner for Human Rights, Zeid Ra’ad Al Hussein, said: “Flogging is prohibited under international human rights law, in particular, the Convention against Torture. The UN Committee against Torture, the Human Rights Committee, and UN Special Rapporteurs have repeatedly voiced serious concerns about States’ use of flogging…and have called for its abolition.”

“For the authorities to have meted out this cruel, inhuman and degrading punishment – which could amount to torture – is completely disproportionate and abhorrent.”