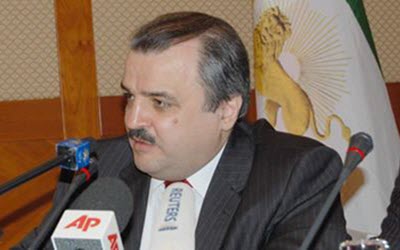 NCRI – Regarding the recent spike in the rate of executions in Iran, which have numbered at least 46 since April 10, Mohammad Mohaddessin, chairman of the Foreign Affairs Committee of the National Council of Resistance of Iran (NCRI), said:

“In the month of April, during and after visits to Iran by the Prime Minister of Italy and the EU foreign policy chief dozens of people have been executed in Iran. Among the latest cases was the execution of eight Iranian Baluchis in Zahedan Prison on Saturday and Tuesday.

The increasing trend of executions indicates that the visits of senior European officials to Iran not only have failed to improve the human rights situation; rather, they have given a message of silence and inaction to the mullahs. This has emboldened the clerical regime in stepping up executions and suppressing the Iranian people. This is the regime that has been the record holder of executions per capita globally in 2015. This bitter reality is not an issue of pride for any of the guests of the religious fascism.

We say to European leaders, in particular to Mr. Renzi and Ms. Mogherini, that if you don’t want the Iranian people to consider you as accomplices to the suppression by the regime, raise your voices in protest to these executions and condition an improvement of ties with this regime to a halt in executions.”