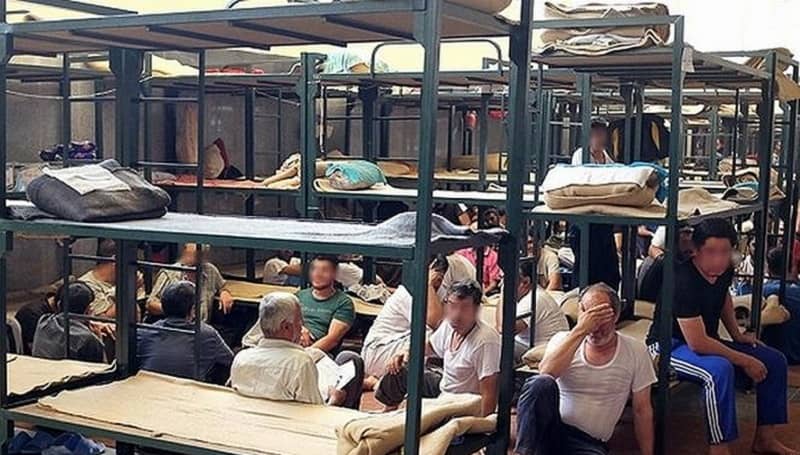 The situation has reached a point that Iran’s regime describes the country as being in the middle of the fourth wave of coronavirus infections. In and of themselves, such statements are indicative of how serious the situation must be since the regime has been chronically underreporting the numbers of infections and fatalities since the pandemic began.

Iran’s first wave officially started in mid-February 2020, but documents obtained by the People’s Mojahedin Organization of Iran (PMOI/MEK) show that community spread had been recognized by the country’s National Emergency Organization as much as two months earlier. Since then, the Health Ministry’s public reporting has never caught up to reality, and MEK points to a death toll that is nearly four times higher than the regime’s engineered statistics. While Tehran estimates there have been fewer than 70,000 fatal cases, the MEK reports that the number recently surpassed a quarter of a million.

The potential for the fourth wave to raise the death toll significantly is undeniable. At the beginning of April, the regime’s Deputy Health Minister Iraj Harirchi observed that a previous couple of weeks had seen a doubling of positive Covid-19 tests, from 31,000 to 61,000. Harirchi also claimed that some regions were showing positivity rates of around 50 percent. On the basis of this data, he concluded that the country was “not so very far away” from daily death tolls of over 200 and that authorities would have to “impose relative quarantine measures” if that came to pass.

This measured language from the Health Ministry is indicative of the regime’s unwillingness to adopt truly serious interventions – something that has been evident since before the first official statements on the topic was made. Lockdowns were extremely late in coming, and even then they were weakly enforced and limited in scope. The problem was exacerbated at the time of Iran’s Nowruz holiday in March when the regime’s Supreme Leader Ali Khamenei signaled his hostility to tighter lockdowns by saying that the newly begun Iranian calendar year should be dedicated to “boosting production.”

The regime’s inhumane Covid-19 policy was reinforced by Khamenei’s refusal to release any of the hundreds of billions of dollars in financial resources that he controls, mostly through religious foundations, to intensify the coronavirus response or support the population in remaining home and flattening the curve. The Iranian Resistance issued a number of statements during the first and second waves which called attention to this inaction, but the international community exerted no pressure on Khamenei or his regime over the issue.

The plight of Iranian prisoners during times when the coronavirus was spreading virtually uncontrolled through Iranian society at large is also a matter of great concern since the beginning of the pandemic. The risk was many times greater for inmates in detention facilities like Evin Prison which were already renowned for their overcrowding, unhygienic conditions, and lack of access to medical care.

Tehran publicly claimed that furlough arrangements had been granted first to tens of thousands, then to hundreds of thousands of non-violent offenders. However, questions soon arose about this bogus claim, and human rights advocates were quick to recognize that new detainees were being added to the prison population even as some were being released. Furthermore, the offer of furlough was restricted to a narrower group than simply “non-violent offenders” from day one, as the regime’s authorities made it clear that political prisoners, or persons accused of “national security crimes,” would not be eligible for the furlough arrangements.

Reports quickly began to accumulate of severe illness both among the general prison population and among political prisoners. In July 2020, Amnesty International warned that “Overcrowding, poor ventilation, lack of basic sanitation and medical equipment, and deliberate neglect of prisoners’ health problems, are making Iranian prisons a perfect breeding ground for Covid-19.” And in October, the United Nations High Commissioner for Human Rights observed that there had actually been an increase in the risk factors associated with Iran’s prison conditions during the pandemic.

Nevertheless, regime officials have not been compelled to address the issues, and as a result, the prisons remain a breeding ground for coronavirus. The problem has naturally worsened as virtually all of those very limited furlough arrangements have expired or been revoked, and various groups of inmates have written letters and staged protests aimed at bringing further attention to that fact.

At least 35 inmates in Karaj Central Prison had developed Covid symptoms severe enough to force their transfer to an external hospital – a rare occurrence in the regime prisons, where access to medical care is generally considered a luxury. Despite this, authorities continued to deny prisoners’ requests that potentially infectious individuals be isolated or more thoroughly screened. Furthermore, inmates at Karaj report that transfers between prisons are still taking place, as is the admission of new inmates.

Of course, these actions raise the risk of widespread infection across-the-board, since they threaten to expand known points of infection while also confining groups of individuals who have recently been moving about Iranian society in the midst of a fourth wave that may prove to be at least as serious as the other three.

One might expect the pace of infections or the death toll to decline in the near future, given that many other countries have long since started vaccinating their citizens. But this effort has been obstructed in Iran by a number of factors, perhaps the most obvious of which is Khamenei’s decision to ban the import of all vaccines produced in the United States or the United Kingdom. The effect of that ban has apparently been exacerbated by the subsequent decision to remove the Health Ministry’s responsibility for import logistics and to instead place that task in the hands of private entities, affiliated to Khamenei and the Revolutionary Guards (IRGC), that stand to profit from vaccine distribution.

Thus Iranians should pay to receive vaccines from the so-called “private companies.” And while impoverished people are unable to do so, the regime’s relatives are paying for early access and thereby depriving the most vulnerable Iranians of vital supply. And in the face of a probable absence of other countermeasures from the regime, this now underlines how Khamenei and other regime officials have been not just neglecting the crisis but actively contributing to it.

The pandemic has been the only thing that has proven successful in halting a series of anti-regime uprisings that swept Iran and rattled the regime’s foundations starting in the final days of 2017. By protecting regime insiders only, the supreme leader has effectively weaponized Covid-19 to keep a lid on public unrest while also raising the death toll among political prisoners, without resorting to mass executions.