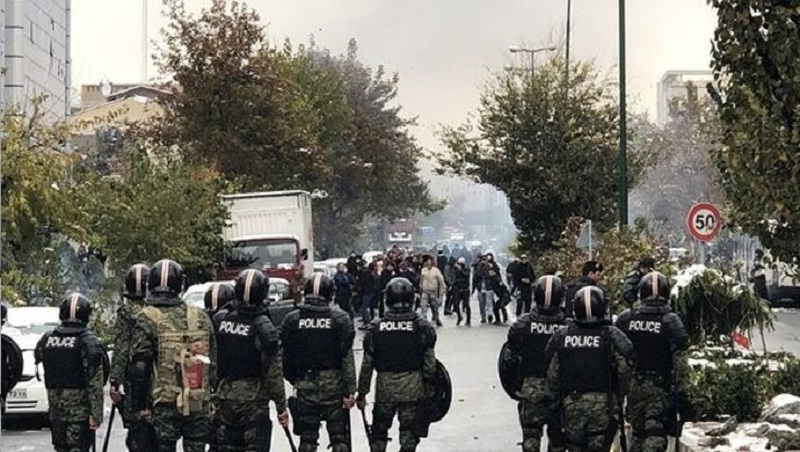 Iran and Iranian people are suffering from various economic, social, and environmental crises. Now, as the crises deepen in Iran, people’s hatred toward the regime for its role in devastating their lives increases. One of Iran’s economic crises is rampant unemployment.

“In the next five years, the active population of the country will reach 29 million. Considering unsustainable jobs, if one million jobs are not created in the country annually, the country will face an army of educated but unemployed people,” wrote the state-run Farhikhtegan daily on Sunday.

Farhikhtegan adds that “According to the Statistics Center of Iran, in the winter of 2020, out of 2 million 478 thousand unemployed people in the country, about 961 thousand of them, or 39% of the total unemployed in the country, had higher education degrees.”

Farhikhtegan concludes that in Iran, under the mullahs’ regime, “40% of the unemployed have a university degree. 71% of educated women are unemployed.”

Many educated Iranians are either unemployed or work as seasonal and contract workers. All the while, Iranian workers cannot make their ends meet due to the high inflation rate and skyrocketing prices.

“Workers and employees’ lives are collapsing due to the rampant inflation, their several times lower than the poverty line wages in rial and skyrocketing prices of goods in the dollar,” wrote the state-run Kar-o- Kargar on Sunday.

“Families cannot afford the staggering cost of living. The number of child labor is increasing daily. According to welfare officials, there is 4,500 child labor in Tehran alone,” Kar-o- Kargar added.

The regime and its apologists try to blame sanctions for all of Iran’s hardships. But this is far from reality.

“Let us not forget that the root of many people’s protests against the country’s economic affairs is due to the actions of corrupt officials. These officials…. have plundered the national wealth and made people suspicious of the system’s actions,” wrote the state-run Arman daily on Sunday.

Sharq daily on Sunday also underlines that “The crises intensify, the solutions are few and unclear, and the deadlocks are obvious from all sides.”

This is why Hamdeli warns that “The wall of anger has been laid brick by brick.”

“Many lost their life savings in the stock market crisis. This economic failure on such a large scale generates anger. The plundered investors are angry because official procedures have caused them to lose their capital,” Hamdeli wrote, referring to Iran’s stock market crisis, during which the regime plundered millions of Iranians.

“Imagine workers and employees who are dissatisfied with their low income. These low incomes alone, which are their inalienable right, generates anger. But when in the face of their demands, they receive this answer ‘take it or leave it,” the anger is intensified. When the existing legal mechanisms cannot respond to this part of the demand, it is as if a brick is put on the wall of anger again,” Hamdeli warns regime officials.

Hamdeli later in its article echoes the regime’s fear of another uprising like the one in November 2019 following the fuel price hike and nationwide protests in January 2020, after the regime shot down a Ukrainian passenger jet. Hamdeli warns that as time pass “the anger is reproduced and this will be the same society immersed in anger” toward the regime.