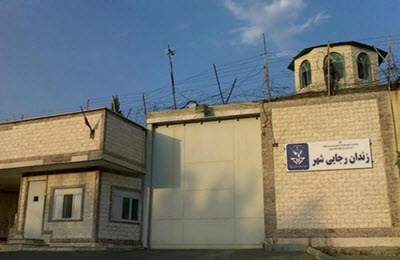 NCRI – There is a very tense security atmosphere in Gohardasht (Rajai-Shahr) Prison in Karaj, north-west of Tehran, following the recent spike in the number of executions in Iran, according to a report from the notorious jail.

In addition to increasing the number of prison guards, lately even on the roof of the prison there is a heavy presence of security personnel, said the report which came from prisoners in wards 3 and 4 of Gohardasht.

Furthermore, the prisoners’ time in the prison yard has been cancelled, and doors are shut all day long. The wardens are blocking all the windows by welding heavy steel on them in and out. Considering the super-standard security structure of the prison itself, these activities are more suspicious and worrisome.

Taking into account that this prison has been one of the major venues of the massacre of political prisoners in 1988 and given the present crisis in the region, the inmates fear that the regime may take its revenge on the prisoners themselves.

Following the cease-fire in the Iran-Iraq war, in the summer of 1988, the mullahs’ regime massacred more than 30,000 political prisoners. The victims were primarily members of the main opposition group People’s Mojahedin Organization of Iran (PMOI or MEK).