Written by Mahmoud Hakamian
12th May 2020 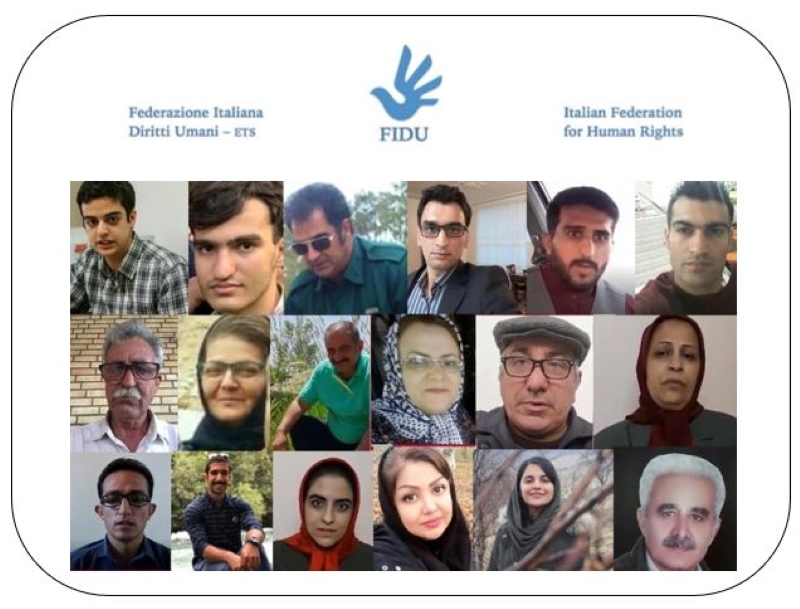 The Italian Federation for Human Rights has issued a statement regarding the arrest of two elite students of the Sharif University in Iran, as well as 18 others, for opposing the Iranian regime. The Italian Federation for Human Rights expressed concern about the threats for the detainees, particularly amid the coronavirus outbreak in Iranian prisons, and called for the intervention of UN human rights bodies to ensure the rights of detainees.

We at the Italian Federation for Human Rights learned with deep concern about the arrest in Iran of two prominent students from Sharif University of Technology. They are Ali Younesi (who won the gold medal at the 12th International Olympiad on Astronomy and Astrophysics, held in China in 2018, and the silver and gold medals of the National Astronomy Olympiads in 2016 and 2017) and Amir Hossein Moradi (who won the silver medal at the National Olympiad on Astronomy and Astrophysics in 2017). The two students had disappeared on April 10. However, the authorities gave news about their imprisonment only on May 5, after detaining them for 26 days. Lack of information about the fate of political prisoners is common in Iran. Far from abiding by the International Conventions to which it is a party, the Islamic Republic of Iran does not guarantee fair trials and is known for widespread use of torture and ill-treatment of political prisoners. While the regime notoriously executes hundreds of deaths sentences every year, also several cases of prisoners who have been murdered under torture have been reported.

In this period, the Covid-19 outbreak adds serious danger to the whole prison population, which in Iran – according to World Prison Brief is about 240,000. Although the regime announced in March the temporary release of about 54,000 prisoners, about 200,000 people are still locked-up, including all the political prisoners and prisoners of conscience. The Italian Federation for Human Rights received also information about the recent arrest of 18 other people who are accused of opposition activities. Their names are:

Their condition is a matter of particular concern, since they are at risk of torture, infection, and may face execution. We believe an urgent intervention by the UN human rights bodies is needed to press the Iranian authorities to abide by its International obligations on fair trial, prisons’ conditions, and human treatment of the detainees, including their right to life, health, and human dignity. We also ask the UN mandate holders to organize fact-finding and monitoring missions in Iran, in order to conduct a serious investigation on this issue. 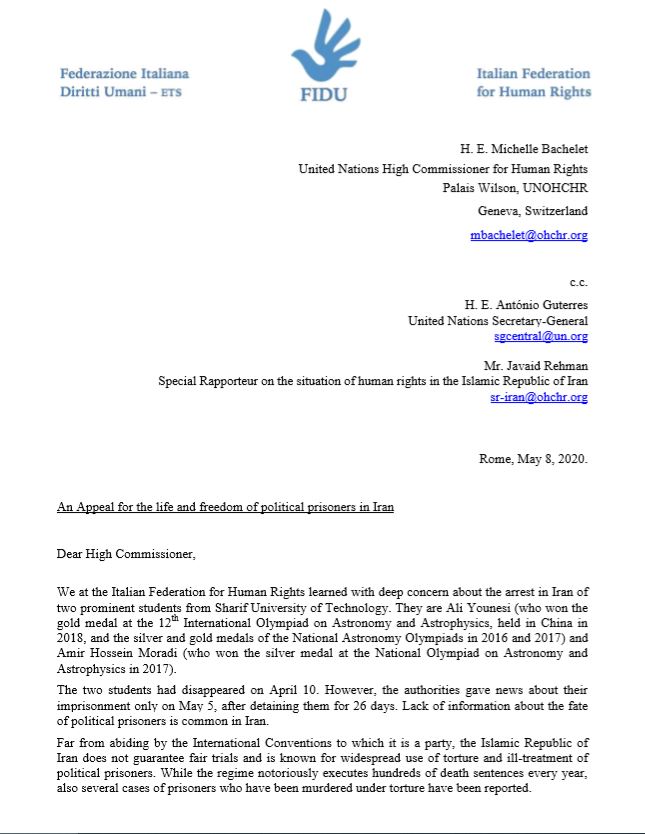 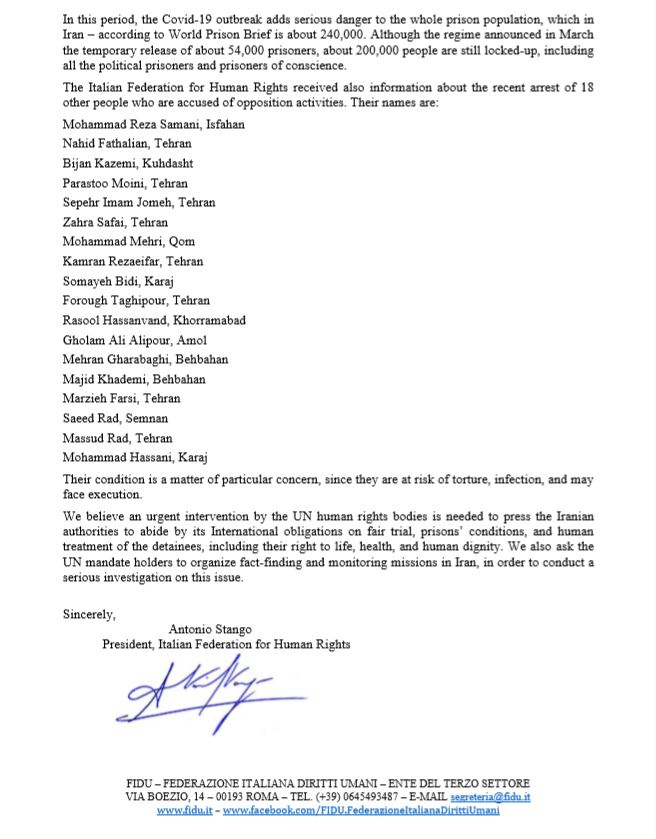 Previous articleLatest News in Brief – May 12, 2020
Next articleMass Infection of Inmates Renews Questions About Abuse and Neglect in Iranian Prisons