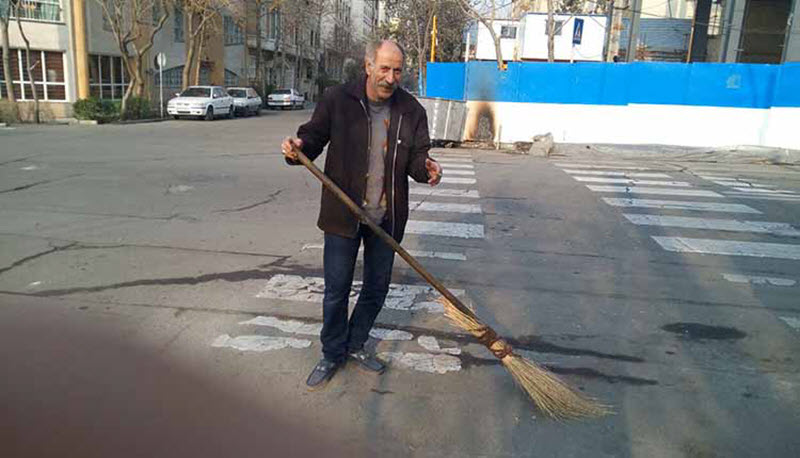 The office of Mr. Gérard Deprez, MEP, Chair of the Friends of a Free Iran in European Parliament has issued this statement today.

Brussels-18 June 2018. It is with great regret and outrage that we heard this morning, Monday 18 June 2018, Islamic Republic of Iran executed an innocent man from the country’s Sufi religious minority.

Mohammad Salas, 51, a Gonabadi Dervish (Sufi), was arrested in February 2018 during the protests in Tehran. He was tortured, had his teeth, nose and ribs broken; needed 17 stitches on his head, lost his vision and consciousness, and was forced to sign a false “confession” which was later used to sentence him to death.
Amnesty International had called on the international community to “Do everything in their power to stop the execution.”
Mr. Salas had repeatedly announced that he had been forced under torture to accept charges which he was not involved in. According to witnesses who were not allowed to testify to the court, Salas had been arrested and beaten up hours before the incident for which he was later accused of.
Friends of a Free Iran in the European Parliament which enjoys the support of many MEPs from all political groups, had campaigned to stop the execution of Mr Salas.

We call on the EU High Representative Federica Mogherini and the European Parliament President Antonio Tajani to immediately condemn this brutal act of barbarity that has been carried out by the Iranian regime.

In recent weeks, while the EU officials seem to have been only focused on the Iranian nuclear deal, the Iranian regime has been persecuting dissidents and civil society activists, handing them harsh sentences.

We keep insisting that any advancements of EU’s relations with Iran must be conditional to a clear improvement of human rights, women’s rights and a halt to the executions.
Gérard Deprez, MEP
Chair, Friends of a Free Iran in European Parliament

Previous article“80% Decline in the Purchasing Power of Iranians in Just 8 Months”
Next articleIran: Schoolgirls; From Burn to Hopelessness