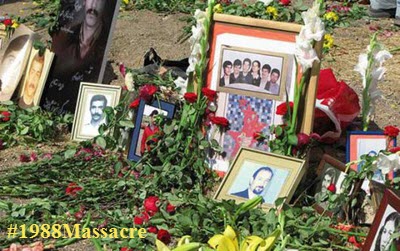 An article in the Huffington Post has highlighted a new resolution in the United States Congress on the 1988 massacre of political prisoners in Iran.

Dr. Majid Rafizadeh, President of the International American Council, wrote: “A resolution (H.Res. 159) was recently introduced in the U.S. Congress in reference to one of the worst mass executions of political prisoners since WWII by the Islamic Republic of Iran. The House Homeland Security Chair, Mike McCaul, introduced the resolution, which was cosponsored by the House Foreign Affairs Committee Chair Ed Royce, Ranking Member Eliot Engel, and Rules Committee Chair Rep. Peter Sessions. The resolution came as Hassan Rouhani, president of a government that ranked as the world’s top executioner per capita, was addressing the 71st Session of the United Nations General Assembly.”

In the run-up to Rouhani’s speech, the Associated Press reported that thousands of protesters gathered outside the United Nations protesting Iran’s human rights abuses, executions, and the 1988 massacre of more than 30,000 prisoners. The speakers included former Democratic vice presidential candidate and Senator Joe Lieberman, and Geoffrey Robertson, former Head of the UN war crimes tribunal for Sierra Leone who wrote a report on Iran 1988 massacre published on the United Nations Arts Initiative.

The resolution introduced in Congress “condemns the Government of the Islamic Republic of Iran for the 1988 massacre of political prisoners and [calls] for justice for the victims.”

Rafizadeh pointed out that the resolution adds that “over a 4-month period in 1988, the Government of the Islamic Republic of Iran carried out the barbaric mass executions of thousands of political prisoners and many unrelated political groups. … [A]ccording to a report by the Iran Human Rights Documentation Center, the massacre was carried out pursuant to a fatwa, or religious decree, issued by then Supreme Leader Ayatollah Ruhollah Khomeini, that targeted the People’s Mojahedin of Iran (PMOI), also known as the Mujahedeen-e-Khalq (MEK);”

The resolution quotes one of Iran’s own senior former officials, who said the 1988 massacre was ‘’the greatest crime committed during the Islamic Republic, for which history will condemn us.” Accordingly, in 1988, the Islamic Republic executed the thousands of prisoners, primarily affiliated with the main opposition movement Mujahedin-e Khalq (MEK), due to their political beliefs. The victims were buried in mass graves in Iran after they were shot or hung in matter of a few months.

According to a November 2, 2007, report by Amnesty International, ‘’between 27 July 1988 and the end of that year, thousands of political prisoners [in Iran], including prisoners of conscience, were executed in prisons nationwide.”

The resolution adds that “Those personally responsible for these mass executions include senior officials serving in the current Government of Iran; … [P]risoners were reportedly brought before the commissions and briefly questioned about their political affiliation, and any prisoner who refused to renounce his or her affiliation with groups perceived as enemies by the regime was then taken away for execution,” H.Res. 159 noted.

Accordingly, the victims included “thousands of people, including teenagers and pregnant women, imprisoned merely for participating in peaceful street protests and for possessing political reading material, many of whom had already served or were currently serving prison sentences.”

The congressional resolution states, “[P]risoners were executed in groups, some in mass hangings and others by firing squad, with their bodies disposed of in mass graves.”

According to Amnesty International, ‘’the majority of those killed were supporters of the PMOI [MEK], but hundreds of members and supporters of other political groups . . . were also among the execution victims.’’

Based on the Congressional resolution, “The later waves of executions targeted religious minorities, such as members of the Baha’i faith, many of whom were often subjected to brutal torture before they were killed.” It add “The families of the executed were denied information about their loved ones and were prohibited from mourning them in public”.

The resolution mentions that “in a recently disclosed audiotape, the late Hussein Ali Montazeri, a grand ayatollah who served as Khomeini’s chief deputy, noted the regime’s efforts to target the MEK and said that the 1988 mass killings were ‘’the greatest crime committed during the Islamic Republic, for which history will condemn us’.”

A report by Amnesty International has concluded ‘’there should be no impunity for human rights violations, no matter where or when they took place. The 1988 executions should be subject to an independent impartial investigation, and all those responsible should be brought to justice, and receive appropriate penalties’’

According to the resolution, “The current Supreme Leader Ali Khamenei was reportedly aware of, and later publicly condoned the massacre.”

“The Montazeri audiotape was disclosed by Ayatollah Hossein Ali Montazeri’s son, Ahmad, a moderate cleric, who posted the confidential audio of his father on his website but was ordered by the intelligence to remove it,” Rafizadeh writes.

Montazeri states in the tape, “You [Iranian officials] will be in the future etched in the annals of history as criminals. The greatest crime committed under the Islamic Republic, from the beginning of the Revolution until now, which will be condemned by history, is this crime [mass executions] committed by you.”

Rafizadeh adds: “Ironically, all those people to whom Montazri is addressing and warning in the audio, all of those who were involved in these crimes, appear to enjoy high positions currently. Mostafa Pourmohammadi was a representative of the intelligence ministry to the notorious Evin prison, and he was appointed by the so-called moderate president Hassan Rowhani to be justice minister. Ebrahim Raeisi was a public prosecutor and is appointed to be the head of Astan Quds Razavi, which has billions of dollars in revenues.”

One of Iran’s current officials is Rouhani’s justice minister Mostafa Pourmohammadi. Recently, after the release of a tape in which the Islamic Republic’s no. 2 official was heard condemning the crime, Pourmohammadi defended the commission of the massacre and said he is “proud“ to have carried out “God’s commandments” in killing the political opponents.

Hussein Ali Nayeri was a judge and is now the deputy of the Supreme Court of Iran. In his memoir, Montzari writes that he told Nayeri to stop the executions at least in the month of Moharram religious holidays, but Nayeri said according to BBC: “We have executed so far 750 people in Tehran… we get the job done with [executing] another 200 people and then we will listen to whatever you say.”

What is crucial to point out is that realistically speaking, these people are only few of those who were involved in such large scale crimes against humanity. They have been awarded more senior positions, power, and money.

Montazeri advised the ruling politicians that “Beware of 50 years from now, when people will pass judgment on the leader (Khomeini) and will say he was a bloodthirsty, brutal and murderous leader.” It’s worth noting that the revelation of this mass execution was pointing to only one summer of the 37-year history of the Islamic Republic. What else is hidden there that we are not aware of?

The writings, messages and audio from Iran’s ex-heir Supreme Leader highlight the systematic methods that the officials of the Islamic Republic use to oppress the opposition. Executions or brutal punishments against the opposition have become the cornerstone of Iran’s political establishment as Iran ranks top in the world when it comes to executions per capita.

It is incumbent on human rights organizations, the United Nations, and the International Criminal Court (ICC) to conduct rigorous investigations and bring those who have committed and continue to commit these crimes – and more likely who currently serve in high positions in Iran – to justice. Calls to bring these people to justice are increasing. No individual or institution that commits crimes against humanity should live comfortably without being held accountable.

Finally, it is incumbent on the Congress and everyone who wanted to be on the right side of justice to follow up with the following points mentioned in the recent Congressional resolution:

“1. condemn the Government of the Islamic Republic of Iran for the 1988 massacre, and for denying the evidence of this manifest set of crimes against humanity;

2. urge the Administration and United States allies to publicly condemn the massacre, and pressure the Government of Iran to provide detailed information to the families of the victims about their loved ones and their final resting places; and

3. urge the United Nations Special Rapporteur on the human rights situation in Iran and the United Nations Human Rights Council to create a Commission of Inquiry to fully investigate the massacre and to gather evidence and identify the names 15 and roles of specific perpetrators with a view towards bringing them to justice.”

Previous articleBerlin’s Solidarity with the International Movement to Obtain Justice for the Victims of the 1988 Massacre in Iran.
Next articleIran: Massive student protests at universities