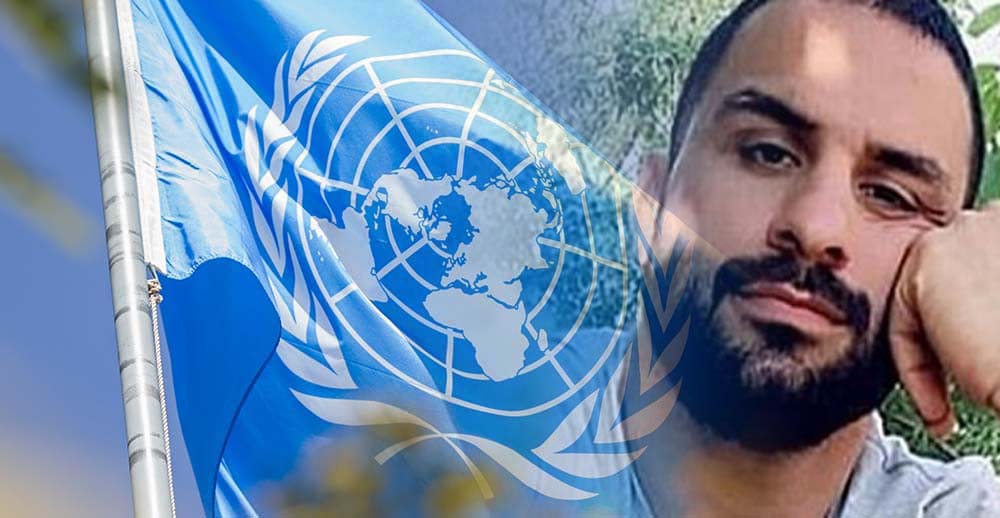 Five United Nations’ human rights experts, including Javaid Rehman, UN Special Rapporteur on the situation of human rights in Iran, condemned the execution of Navid Afkari, an Iranian wrestling champion arrested during the major Iran protests in 2018, in a statement on Monday.

“It is deeply disturbing that the authorities appear to have used the death penalty against an athlete as a warning to its population in a climate of increasing social unrest. Such flagrant disregard for the right to life through summary executions is not only a matter of domestic concern. We call on the international community to react strongly to these actions by the Islamic Republic of Iran,” read the statement.

While referring to the Iranian regime’s recent execution of Mostafa Salehi, father of two, who was also arrested in 2018, the experts pointed out: “The execution of Afkari, the second execution in connection to protests in the last two months, together with the alarming frequency of death penalty sentences handed to protesters raises concerns about the authorities’ future response to protests and to any expression of opposition or dissenting opinion.”

Navid Afkari was arrested after the 2018 nationwide Iran protests, in Shiraz. He was immediately subjected to vicious tortures by the regime’s security forces to make a false confession of killing one of the regime’s security forces. Following his forced confession, Branch 1 of the regime’s Revolutionary Court in Shiraz convicted Afkari for “moharebeh,” or waging war on God, and sentenced him to death a second time. On 25 April 2020, the Supreme Court upheld the death sentence.

In this regard, in a letter sent from prison, Navid detailed the horrific tortures he went through. “For around 50 days I had to endure the most horrendous physical and psychological tortures. They would beat me with sticks and batons, hitting my arms, legs, abdomen and back. They would place a plastic bag on my head and torture me until I suffocated to the very brink of death. They also poured alcohol into my nose,” read the letter.

Regarding Navid’s unfair trial and false accusations against him, the experts said: “If Afkari was guilty of murder, why was the trial conducted behind closed doors and through the use of forced confessions extracted under torture? The execution of Navid Afkari was summary and arbitrary, imposed following a process that did not meet even the most basic substantive or procedural fair trial standards, behind a smokescreen of a murder charge. We are appalled at these serious allegations of torture which have not been investigated, the broadcasting of his forced confession by state television, and the use of closed and secret trials.”

“The course of events in Navid Afkari’s case raise serious doubts about the veracity of the basis for the murder charge against him. The hastened secret execution, forced confession under torture as the sole evidence, closed trial and the lack of respect for the domestic requirements for reconciliation and the denial of a last family visit suggest that there was an attempt by the authorities to expedite his execution,” the experts added.

Following Navid Afkari’s execution, Mrs. Maryam Rajavi, the president-elect of the National Council of Resistance of Iran (NCRI), said: “The execution of Navid Afkari, however, will only add fuel to the flames of the Iranian people’s uprising and will send the mullahs’ regime to the dustbin of history. Our people will never forgive or forget this crime. Khamenei and his regime will not be able to evade the consequences of this cowardly murder.”

Mrs. Rajavi once again reiterated: “The United Nations Security Council and its member states, the UN Human Rights Council, the UN High Commissioner for Human Rights, the European Union and all international human rights authorities need to take practical, effective measures against the regime in Iran for the execution of Navid Afkari and 120,000 others executed on political grounds. Silence and inaction give a green light to and are construed as complicity in these crimes.”

Previous article
Iran: Coronavirus Update, Over 103,400 Deaths, September 15, 2020, 6:00 PM CEST
Next article
Iran: The Names of 56 Martyrs of the November 2019 Nationwide Uprising, Including 20 Martyrs From Mahshahr