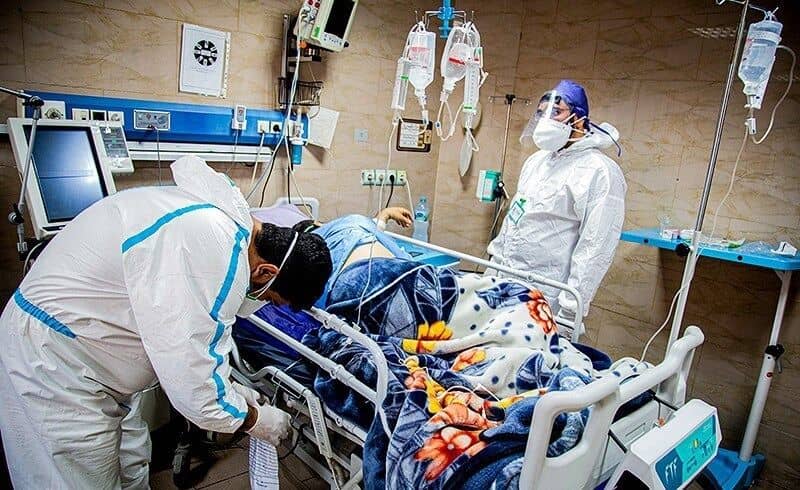 According to Iran’s Health Ministry, about 60,000 of the country’s citizens have so far lost their lives to the coronavirus pandemic. It is a staggering number for a population of about 82 million, and it is also a drastic underestimate. Iran’s main democratic opposition group, the People’s Mojahedin Organization of Iran (MEK or PMOI), has been independently analyzing hospital and morgue records as well as eyewitness statements and has determined that the current death toll is well over 204,000.

The discrepancy between the official estimates and those provided by the MEK is partly explained by the fact that Tehran has been sowing deliberate disinformation over the pandemic since the beginning, partly in order to downplay its chronic mismanagement of the crisis and partly in order to conceal its early contributions to the rapid spread of infection. Iranian officials didn’t even acknowledge that the novel coronavirus had reached Iranian soil until late February – well after staged celebrations of the regime’s 40th anniversary – but documents from Iran’s National Emergency Organization suggest that the first cases had already been identified before the end of 2019, leaving authorities with ample time to cancel mass public gatherings.

Not only did the regime refuse to take that specific action; it also failed to follow up with widespread or appropriately enforced community lockdowns once the spread of infection had become recognizably uncontrolled. What’s more, that recognition came not from federal authorities but from individual whistle-blowers including local officials in some of the hardest-hit regions like the city of Qom, who risked imprisonment by contradicting the regime’s official narrative and acknowledging that they’d seen dozens or hundreds of deaths while the Health Ministry was insisting there were only a few anywhere in the country.

For almost a year now, the official estimate of Iranian Covid-19 deaths has been lagging far behind the actual number. At various points along the way, the Iranian regime has found it especially difficult to credibly downplay a surge in new infections and deaths, but government officials have generally maintained the same propaganda narratives in order to deny culpability for an outbreak that is, even judging by the Health Ministry’s false statistics, the worst in the Middle East.

The MEK’s alternative statistics make a strong case for the outbreak actually being among the worst in the world, but even if these statistics were more widely acknowledged, there’s little doubt that Tehran would continue to deflect blame and insist that its own countermeasures have been appropriate and effective. The regime’s deflection up to this point has been twofold. On one hand, officials are keen to use the coronavirus pandemic as a tool for scoring points against foreign adversaries. On the other hand, they have no qualms about shifting the onus of managing the crisis onto the general Iranian population while absolving the government of wrongdoing.

The former strategy naturally dovetails with the regime’s efforts at appealing to the international community and promoting moral panic in hopes of securing relief from international economic sanctions. Toward that end, officials from both the “hardline” and “reformist” political factions, like Supreme Leader Ali Khamenei and Foreign Minister Javad Zarif, respectively, have regularly insisted that those sanctions constituted the greatest barrier to an effective response from the Health Ministry and its coronavirus task force. When the world was still scrambling for a vaccine, these officials argued that the sanctions would prevent Iran from obtaining them once they went into production.

Fast-forward a few months and not only was Iran in a position to purchase vaccines on the open market, but a group of anonymous American philanthropists were prepared to donate 150,000 doses to Iran via the Red Crescent. With the wind thereby taken out of the sails for one of Iran’s most cherished anti-American talking points, how did the supreme leader react? He turned his back entirely on the notion of trying to obtain vaccines for the people and he issued a statement declaring that the import of vaccines from American or British manufacturers would be categorically banned.

Khamenei’s decision has left Iran at least several months behind the rest of the world when it comes to immunizing its population. The Health Ministry is now limited to using domestically produced vaccines and/or imports from friendly nations like Russia, but neither of these alternatives has been tested and no schedule has been outlined for production or purchasing, much less for distribution. Meanwhile, the death toll continues to rise by numbers that remain invisible to much of the world, and certainly to many of the people who are directly threatened by Tehran’s disinformation and lack of planning.

This makes the regime’s second deflection strategy all the crueler. Having willfully abandoned the claim that sanctions were making the Iranian public health situation worse, authorities are essentially left with no other alternative but to tell the public at every turn that they are responsible for their own suffering. Thus, in response to all the latest upsurges in publicly-acknowledged death rates, officials such as regime’s President Hassan Rouhani have declared that those trends stem only from places where the people are not complying with Health Ministry guidance.

Rouhani has even gone so far as to declare that in places where the public has been obedient, the situation is well under control. The reality, as reflected in the details accumulated by the MEK, is that the situation is far from being under control in any Iranian province or any major locality. But this doesn’t much matter to regime authorities, as long as they continue to see even a modicum of value in their deflection, and as long as that strategy shows promise in making the public more compliant.

Actually saving those people’s lives is, at best, an afterthought. It is a fact that Tehran has been working tirelessly to conceal beneath a pile of false statistics and assorted lies, but it is a fact that has necessarily become obvious to more and more Iranians as the gulf between reality and propaganda has grown wider and wider. Meanwhile, alternative statistics have continued to seep into the public’s awareness in spite of Tehran’s best efforts to keep a tight control on the spread of information.

This being the case, there is a very real possibility that the regime’s efforts to increase public compliance will ultimately backfire. Iranians already know that Tehran has botched its response to the pandemic. They already know that they have received little to no financial assistance from the government, and that this has forced countless people back into the workplace at great personal risk. And they already know that the supreme leader has cut the off from what would have been their first major lifeline in this year-long crisis.

On the back of all this knowledge, what the Iranian people really need to know now is that the international community has more of an interest in their wellbeing than their own government does. Western governments, human rights groups, and the World Health Organization should work on those people’s behalf to compel Khamenei to reverse his vaccine ban, to compel the Health Ministry to provide true and complete information, and to support whatever course of action the Iranian people call for in order to demand accountability from those who are most responsible for the deaths of 204,000 of Iranians and counting.