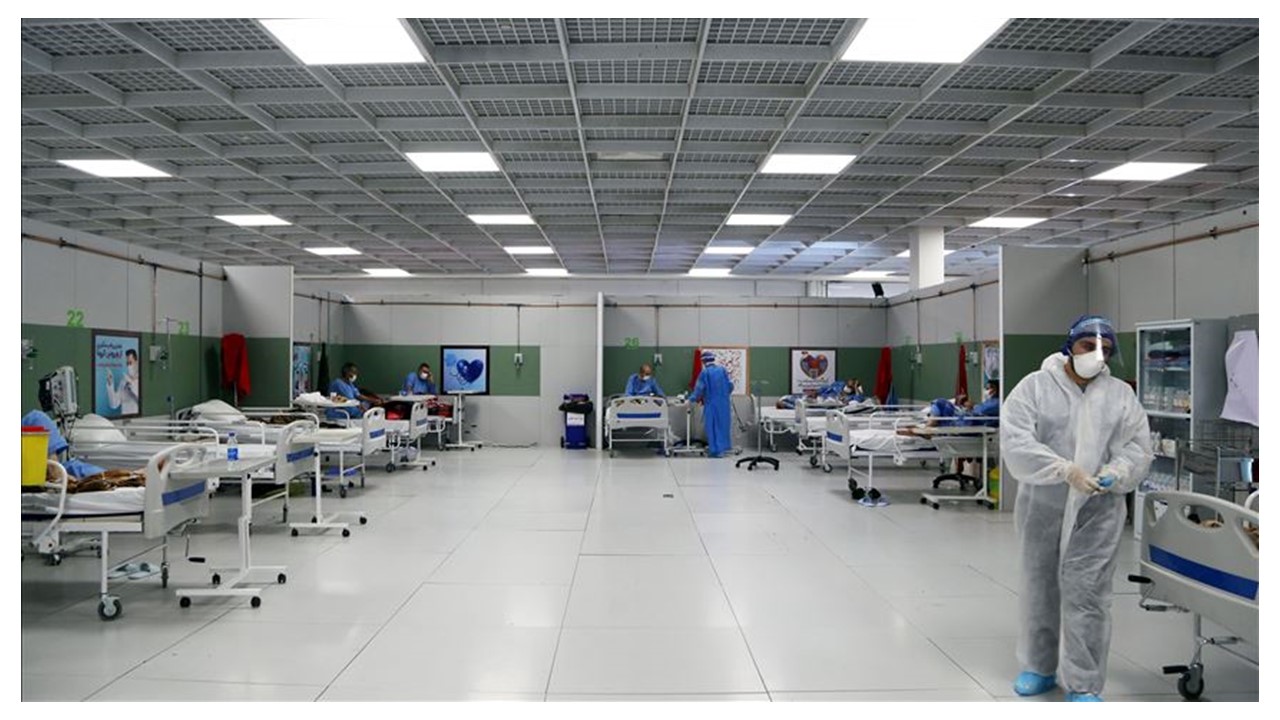 The Iranian regime’s cover-up and continuous relationship with China during the novel coronavirus pandemic not only spread the virus across Iran but turned the country into an epicenter of this disease across the world. Since COVID-19 first arrived in Iran from China, the People’s Mojahedin Organization of Iran (PMOI/MEK) shed light on the reality and highlighted that this virus had indeed entered Iran at least a month before the regime’s official announcement. Yet, since the mullahs’ regime was about to hold its sham parliamentary elections, it concealed the truth about the COVID-19 outbreak. In addition, Mahan Air, which belongs to the Revolutionary Guards (IRGC), kept flying to and from China for months. Therefore, the virus was transmitted from China to Iran and from Iran to other countries in the region and even to Europe and the Americas. According to a report tallied by the MEK, so far over 82,000 people have died because of the COVID-19.

Iran: The Staggering Coronavirus Death Toll in 347 Cities Exceeds 82,000
The People’s Mojahedin Organization of Iran (PMOI/#MEK) announced on Monday that the number of #Coronavirus victims in 347 cities across #Iran had reached more than 82,000. #Covid_19https://t.co/G5gxD0jEc7

The state-run media, amid the rising infighting of the regime’s factions, have been forced to acknowledge this reality. The state-run Setareh Sobh (Morning Star) daily, in its editorial published in August 4, entitled as: “Inconsistency, Mismanagement and Disagreement: The Reason for the Powerful Coronavirus Outbreak” acknowledged this fact.

“Some studies show that the novel coronavirus was transmitted from China to Iran in early January, at least a month before the official announcement of the country’s officials. And for some reasons or lack of information, this issue was not announced. It was announced when nothing could have been done, and the virus had vastly spread in locations such as Tehran, Qom, Gilan, Mazandaran etc. and many were either infected or died. In fact, a wrong policy and having no transparency in giving the information to the public from the beginning created inconsistency and confusion in the government health department.”

While referring to the regime’s deliberately lifting of the limitations and prematurely ending the quarantine, this article acknowledges the fact that these measures and reopening of religious sites and some gatherings pushed Iran into the second phase of the virus.

“While the Nowruz [Persian New Year] were approaching and families were sensitive about this issue, we witnessed that due to some limitations the disease was considerably controlled. But apparently, some government officials thought that continuation of holidays could face the country with economic problems and challenges. Therefore, they rushed in lifting prohibitions and limitations, and from 11 April they started gradually lifting limitations. This, thus, resulted in people’s optimism, and they thought the situation has returned to normal and the whole issue is over.  The government’s mismanagement reached its peak in June when travels and commuting were allowed, followed by the reopening of some universities and schools, reopening of religious sites and some gatherings, which pushed Iran into the second phase of the disease. Meanwhile, the United States which has the highest COVID-19 death toll, has not entered the second phase of the disease, and many European countries have been able, through imposing and maintaining quarantine, to control the disease.”

“Due to the flawed structure of health decision-making and government mismanagement, Iran is and will continue to be plagued by the disease. When the [regime’s] president [Hassan Rouhani] says that Muharram mourning ceremonies could be held in a glorious way, regardless of the opinion of health experts and specialists, it means there is a serious disagreement between the government and the National Coronavirus Combating Task Force. Despite the fact most people want to cancel the national entrance exams or to hold mourning ceremonies virtually,” the report concluded.