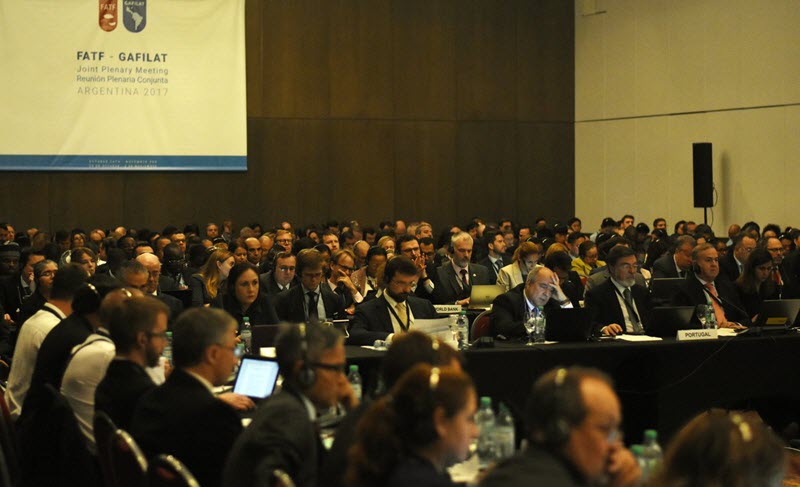 A non-governmental organization established by the G7 in 1979, the Financial Action Task Force (FATF) is charged with the supervision of financial cross-border transactions. It targets money-laundering and terrorism financing. It is based in the Organization for Security and Co-Operation in Europe, located in Paris.

The FATF had provided the Iranian regime with an October deadline to join two international conventions and reform two domestic laws.

The FATF held its plenary meeting in Paris today to discuss “a range of important issues to protect the integrity of the financial system and contribute to global safety and security.” And announced: Iran had until February to complete reforms that would bring it into line with global norms or face consequences.

The Iranian regime parliament, after much in-fighting, approved a bill agreeing to adopt the Combating the Financing of Terrorism standards. It is considered to be the most important step for Tehran to eventually join the FATF. Foreign Minister Mohammad Javad Zarif described it a historical decision. Rouhani’s advisor, Hamid Aboutalebi, praised the parliament and said members showed the country’s national security and the Iranian people’s interests are their primary priorities.

However, Regime’s Supreme Leader Ali Khamenei specifically said that he opposes the CFT. Khamenei specifically opposed joining any international conventions. He said, “These accords are actually cooked up in one specific place… If an independent government is found somewhere, such as the Islamic republic, who for example says we don’t accept these conventions and international accords… They attack them with harsh rhetoric demanding they join… That’s what these conventions are all about. Now, what do we do?… I said the parliament should pass a law. For example, on the issue of combating terrorism or money-laundering… the members should sit down and pass their own law.”

He described the FATF as an “endless pit” on his social media page. At a recent rally in Tehran’s Azadi Stadium, Khamenei stated, “As long as I’m alive I will not allow the country to surrender.”

However, Khamenei took back his own words, when Parliament speaker Ali Larijani read the Supreme Leader’s letter to Majlis members. “What I said during our meeting with the members in regards to the four bills and conventions was related to the very principle of these conventions, and not a particular convention. Therefore, I have no objection with these bills being evaluated in the parliament, in order to follow through with the legal procedures,” the letter read in part.

Zarif’s remarked to the Majlis members, “China’s international policies are very similar to that of the Islamic republic. China is our strategic partner. We are also strategic partners with Russia. However, the Russian Central Bank chief told Dr. Hemmati [his Iranian counterpart) we will not be able to conduct business without the FATF. The Chinese had also made similar remarks time and again”. He explained, “Neither I, nor the president, we cannot guarantee all our problems will be resolved by joining the FATF. However, we can guarantee that by not joining this bill the US will find a very important pretext to increase its pressures against us.”

There are consequences to joining the FATF. The regime will no longer be able to funnel money to terrorist groups such as the Lebanese Hezbollah, Hamas, Shiite proxies in Iraq, and the Houthis in Yemen. Still, if the regime fails to approve the FATF conventions, its banking transactions with Europe, Russia and China will be extremely difficult, especially with the November 5th return of US sanctions that target Iran’s oil, banking, and shipping sectors. The sanction will no doubt have a crippling impact on the Iranian regime, and will fuel the increasing protests and strikes across the country.

The Iranian regime is facing a critical impasse.