Can Iran Regime Take on America’s Aircraft Carriers in a Fight? 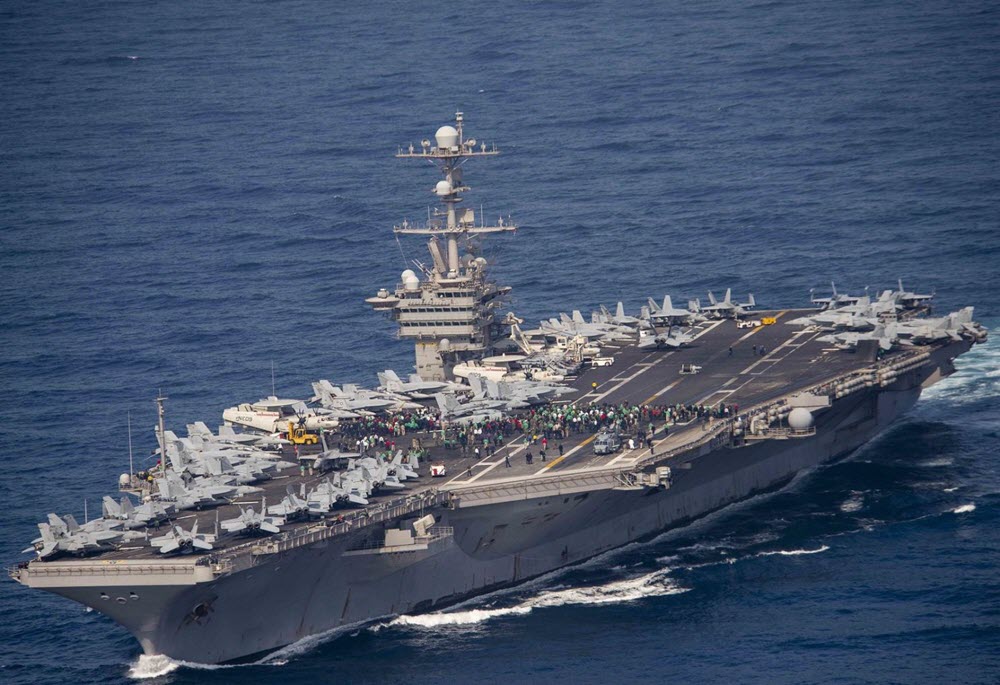 In 1979, the Iranian Revolution set the U.S. and the Islamic Republic against one another on hostile ground. Fortunately, as the Iranian Resistance has pointed out for the last 40 years, the regime in Tehran is no match for the U.S. military. However, the Pentagon cannot count on having this advantage forever.

The aircraft carriers of the U.S. Navy have great prestige in the Middle East region, and these offshore platforms of American power are understandably despised by the Iranian government. It seems that this is an important question — in a fight between the US and Iran, does Iran have the firepower to sink an American carrier?

Iran appears to have given considerable thought to ways in which an American aircraft carrier might be vanquished, according to experts and outside observers. In fact, Admiral Ali Fadavi of Iran’s Islamic Revolutionary Guards Corps Navy claimed his force was capable of sinking American aircraft carriers in the event of war as far back as In January 2015. Subsequently, during exercises conducted in the Straits of Hormuz, Iran constructed a mock aircraft carrier and attacked it with missiles, mines, and a simulated commando raid in which troops landed on the flight deck via helicopter and attacked the carrier’s superstructure.

The Office of Naval Intelligence explained that the Iranian naval forces are split between the Islamic Republic of Iran Navy (IRIN) and the Islamic Revolutionary Guard Corps Navy (IRGCN). The IRIN is a traditional navy that guards Iranian naval interests and projects power in the Persian Gulf and Indian Ocean regions. The IRGCN uses small, heavily armed ships against Iran’s neighbors and the United States. The IRGCN also controls Iran’s shore-based antiship missiles.

Admiral Fadavi’s claim is suspicious because U.S. forces, particularly those on aircraft carriers, have a much greater operational range than Iranian forces. The Ghader has a range of 186 miles—less than half that of a F/A-18E/F Super Hornet. Iranian warplanes are also outranged by American defenses. U.S. warships can stay well out of range of Iranian forces and continue to operate.

Additionally, while Iran has scores of ships armed with antiship missiles, few if any have a warhead powerful enough to seriously damage an American carrier. Further,
the United States would never place an aircraft carrier within range of an enemy force unless there was no other alternative.

U.S. aircraft carriers are overwhelmingly superior, and are typically escorted by one Ticonderoga-class guided missile cruiser and one or two Arleigh Burke–class guided missile destroyers, all of which have the Aegis combat system, that are designed to protect aircraft carriers against mass air and missile attacks. The United States has the ability to strike hard and strike first. Iranian naval forces would suffer heavy attrition from the strikes, which would be unrelenting until intelligence indicated they were no longer a threat.

it would be difficult for Iran to quickly catch up and effectively challenge American military power. And, although the regime may appear to be brave when they are suppressing innocent and defenseless people, the reality of the regime’s paranoia and deep fear is something quite different.