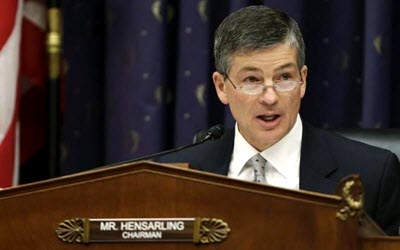 Senior Republican U.S. House of Representatives lawmakers made clear on Friday they will keep campaigning against Boeing and Airbus jetliner sales to the Iranian regime, despite the U.S. Treasury Department’s announcement that it had begun issuing licenses for the exports, Reuters reported.

Republican Representatives Pete Roskam and Jeb Hensarling wrote to Treasury’s Office of Foreign Assets Control, which oversees sanctions, demanding more answers about any security implications of the delivery of aircraft to Iran.

“There is little evidence indicating that Iran Air has indeed stopped transporting weapons, troops, and cash to terrorist groups and rogue regimes,” the congressmen wrote in a letter, dated Thursday, seen by Reuters.

Airbus and Boeing said on Wednesday they had received the Treasury’s approval to begin exporting over 200 jets to Iran, under a deal struck in January.

Some members of Congress have raised concerns that killing the deal could cost jobs at Boeing plants, but opponents of the deal argue that security concerns are more important.

The letter to Adam Szubin, acting under secretary for Terrorism and Financial Intelligence, asked for answers to several detailed questions on issues including Iran Air’s leadership, the Treasury’s ability to control transfers of aircraft or parts once they are in Iran’s hands and the nuclear pact.

Foreign banks have been reluctant to finance the aircraft deals, fearing they could fall foul of remaining sanctions prohibiting the use of the U.S. financial system for Iranian business.

With U.S. Republican presidential candidate Donald Trump strongly critical of the rapprochement, some banks fear they could be left with no insurance if sanctions against the Iranian regime “snap back.”

Previous article
Geoffrey Robertson: what happened in 1988 was a crime against humanity
Next article
UN should hold Rouhani accountable for Iran’s 1988 massacre – Toronto Sun column