ASSASSINATION OF UN REPRESENTATIVE IN DIYALA, IRAQ
Militias must be dissolved and listed as terrorists
On Tuesday, February 16, the UN Assistant Mission for Iraq (UNAMI) announced that the death of its representative in Diyala Province, Amer al-Kaissy, had been confirmed. He was abducted by the militias in April 2015.

Ján Kubiš, Special Representative of the Secretary-General for Iraq, stressed: “ For more than nine months we have sought the intervention of the Government on the local and national levels to ensure his safe return to his family.. … I am deeply disappointed that our efforts and appeals went unanswered.” UNAMI called on Iraqi officials to conduct a comprehensive and transparent investigation and bring the perpetrators of this brutal assassination to justice.

Amer al-Kaissy played an active role in reporting the conditions of prisoners detained by the militias affiliated with the Iranian regime that were being tortured. After learning of the massacre of Ashraf residents on 1st September 2013, he immediately went there and through sending documented reports began disclosing this horrific crime.

The militias who killed the UNAMI representative are under the command of Hadi al-Ameri, Commander of the Badr Organization, and Abu Mahdi al-Muhandis, Commander of al-Hashd al-Shaabi. They slaughtered more than one hundred civilians in Meqdadiya in January this year.

The European Iraqi Freedom Association expresses its repugnance concerning this horrendous crime and while extending its condolences to the family of Amer al-Kaissy, calls on Government of Iraq to arrest and punish the perpetrators of this atrocity. These are well-known people and the Iraqi government needs to bring them to justice irrespective of political considerations.

The assassination of a UN representative makes doubly important the need for the Government of Iraq immediately to dissolve the militias and for the EU and the US to place them on their terrorist lists. The West must precondition its assistance to Iraq to the dissolution of these militias. There is no hope for a return to peace, security and the defeat of ISIS while they continue to exist.
Struan Stevenson
President of the European Iraqi Freedom Association (EIFA)
(Struan Stevenson was a Member of the European Parliament from 1999 to 2014 and was President of the European Parliament’s Delegation for Relations with Iraq from 2009 to 2014.) 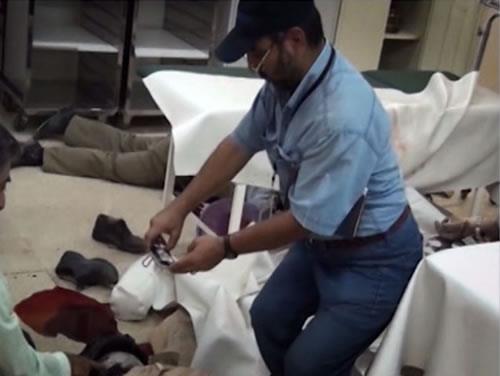