NCRI – The Iranian regime’s state media have reported that 40 state-run media outlets have jointly offered a new $600,000 bounty for the head of British author Salman Rushdie. The announcement was made to coincide with the anniversary of the fatwa issued by Ruhollah Khomeini, the founder of the Islamic Republic.

Mansour Amini, the head of the Saraj Cyberspace Organization and the Secretary of the Third Exhibition of Islamic Revolution’s Digital Medias announced on February 17 the names of the outlets that contributed money to the fund. The state-run Fars News Agency, which is closely affiliated to the Islamic Revolutionary Guards Corps (IRGC), was among the largest contributors. Amini said that Fars has devoted one billion Rials, or nearly $30,000.

Cyberban also allocated one billion Rials, while Tehran Press News allocated 300 million, or nearly $10,000 and Saraj Cyberspace Organization and the Headquarters for Advocating Virtue each allocated 500 million Rials for the potential assassination.

Shahin Gobadi of the National Council of Resistance of Iran (NCRI) said: “This once again clearly shows that terrorism is intertwined with the very existence of this regime as one of the pillars of its survival. The mere fact that even the so-called media in this regime allocate a budget for terror manifests that all of the regime’s institutions are geared toward its ominous objectives. It’s simply ludicrous to think that one can reach out to some parts of the ruling theocracy to bring about moderation.”

Khomeini issued the fatwa against Rushdie on charges of blasphemy on February 15, 1989 to cover up the defeat of his goals in the Iran-Iraq war and in order to create crisis to divert attention from the regime’s problems and people’s demands following the Iran-Iraq war.

The regime’s supreme leader Ali Khamenei and other officials have reiterated this fatwa on a number of occasions over the past 27 years. Khamenei underscored its validity on October 20, 2015. 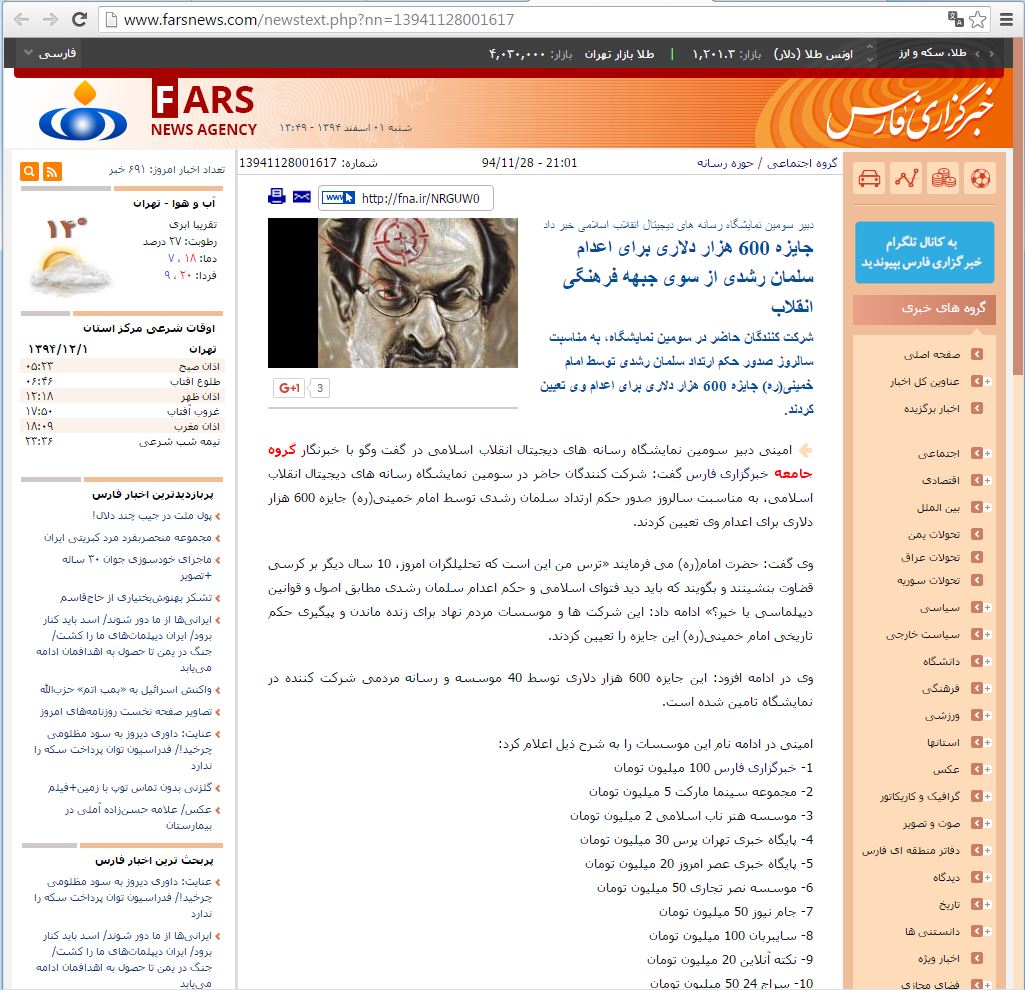 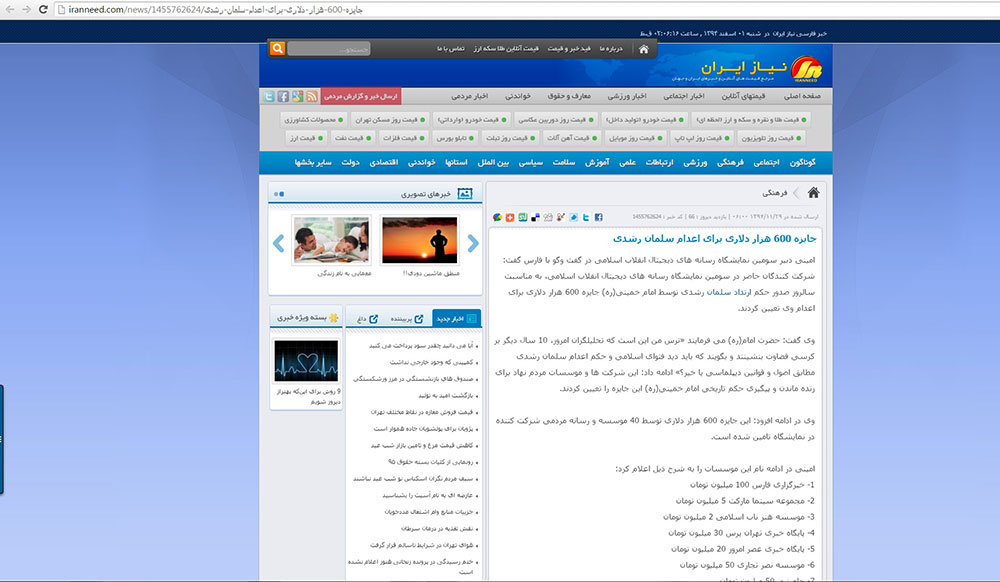 Previous article
Activists speak up for women’s rights in Iran
Next article
EIFA condemns assassination of UN Rep. that documented massacre of Iranians in Camp Ashraf