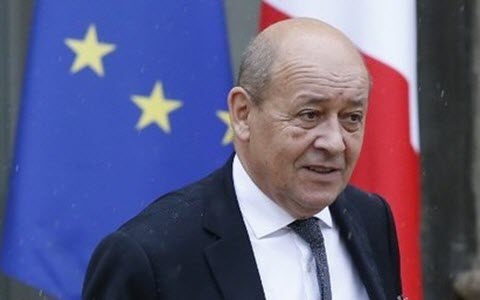 NCRI – The international community is starting to respond differently to Iran, its belligerence, the nuclear deal and its ballistic missile program.

It appears that European leaders and the US President seem to follow each other’s lead when it comes to foreign policy towards Iran. When former president Barack Obama was in office, the Iranian regime was left to its own devices and never so much as heard as harsh word after any of the many acts of belligerence it carried out. Iran was also given concession after concession during the nuclear deal negotiations and European leaders tended to agree with Obama that the nuclear deal was so crucial and essential to regional peace and security.

However, when President Trump took office he made it very clear that he would not put up with Iran’s malign behaviour and he vowed to scrap the nuclear deal. The nuclear deal is still in place, but last month he decided to decertify Iran’s compliance with it. He gave a long list of reasons justifying his decision and said that there are many issues and threats coming from Iran that need to be addressed. He reiterated that they are not nuclear issues and should be treated as separate to the nuclear deal.

One of the major points Trump made was about Iran’s ballistic missile program and its meddling in the internal affairs of other nations in the Middle East. Officials in France are also agreeing with Trump that these issues must be urgently addressed.

The French Ministry for Foreign Affairs said that Iran needs to be demanding and firm when it comes to Iran. It explained that this means that existing laws and resolutions must be respected to the letter. Iran’s ballistic policy does not comply with the UN Security Council resolution 2231 and French President Emmanuel Macron has spoken to Iranian President Hassan Rouhani about this, as well as UN Security Council members.

The ministry reiterated that France wants Iran to make a positive contribution to the regional conflicts and it is working with its European partners and interlocutors in Iran to make this happen.

The French Foreign Minister Jean-Yves Le Drian spoke about Iran’s interference in conflicts in the Middle East and its ballistic missile program at a conference during a trip to Saudi Arabia. He said: “Iran’s role and the different areas where this country operates worries us. I am thinking in particular of Iran’s interventions in regional crises, this hegemonic temptation and I’m thinking of its ballistic program.”

In response to these comments, Iran accused France of “partiality” and said that France’s approach to issues on the Middle East are worsening the situation. The French Ministry for Foreign Affairs said: “France maintains a dialogue with all countries that have an influence on the Middle East crises. Its aim is a de-escalation in violence so that all the parties can contribute to political solutions that alone will allow for the return of peace, security, and stability.”

President Macron also reiterated that France is not taking sides in the Shiite Sunni conflicts and he said that he wants to see a less aggressive Iran and some clarity with regards to its “uncontrolled” ballistic missile program.