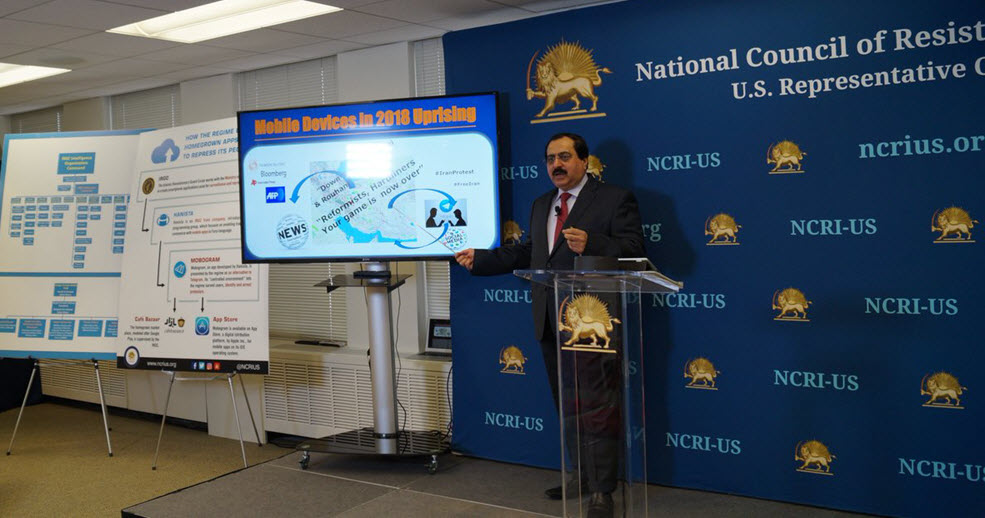 NCRI – Google has removed an Iranian Regime-backed app from the Google Play store and banned its developer from the platform, over fears that it may be used to spy on users, thanks to information from an Iranian Resistance group.

The Telegram Black spyware app, named to resemble an already popular instant messaging app in Iran, was shut down by Google after the US branch of the National Council of Resistance of Iran (NCRI-US) released a report that reveals how the Iranian military and security forces have manipulated mobile apps in order to spy on Iranian citizens.

The report, entitled “Iran: Cyber Repression; How the IRGC Uses Cyberwarfare to Preserve the Theocracy”, released that the Regime has created close to 100 spyware apps, including Mobogram, Telegram Farsi, Hotgram, Wispi, and Telegram Talayi, that resemble popular apps and spy on the unwitting Iranians who download them by mistake.

Alireza Jafarzadeh, the Deputy Director of the NCRI-US, said: “They have a unit called the Intelligence Organisation, a specific department allocated to cyber warfare. This is the department that deals with the cyber warfare against the Western countries, but also, most recently, against its own population.”

According to the US intelligence agencies, the Iranian Regime has been using spyware to locate and arrest protesters during the nationwide anti-regime demonstrations that began in Masshad in December and quickly spread. It was then that the US intelligence community discovered that Iran was also trying to find a way to spy on Americans, and that some of the apps are still available in the Apple Store.

Dan Coats, the Director of National Intelligence, said: “While Russia, China, Iran, and North Korea pose the biggest cyber threats, Iran will, but to penetrate US and allied networks for espionage and lay the groundwork for future cyber attacks.”

The Iranian Regime has run a public campaign against the Western world and in particular the US, whom it refers to as the Great Satan, for years, but while most Americans are concerned about the threat of nuclear warfare from Iran, the Donald Trump administration and US lawmakers have become increasingly concerned about the cyber warfare threat posed by Iran.

It is believed that this cyber security threat may affect Trump’s decision on whether or not to pull the US out of the 2015 Iran nuclear deal on May 12.