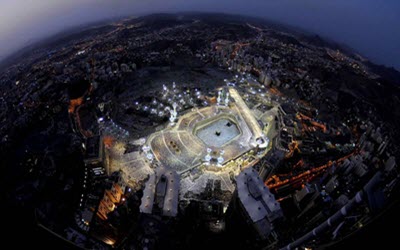 The Gulf Cooperation Council (GCC) has condemned the Iranian regime’s attempts to politicize the annual pilgrimage of hajj, according to Al Arabiya English.

Abdullatif Al-Zayani, secretary-general of the six-member GCC, said in a statement on Friday that the Gulf states denounced the move by Iran’s regime to politicize hajj through putting hurdles to block a final agreement with Saudi Arabia in facilitating the arrival of Iranian pilgrims to perform the pilgrimage during the upcoming season.

“The GCC states emphasize that the Iranian officials should realize that hajj is a sacred religious duty for all Muslims and it should not be linked to political stances or differences between countries under any circumstances,” he said while urging the Iranian regime to cooperate with the concerned Saudi authorities to finalize arrangements so that pilgrims from the country can fulfill the obligatory religious duty, the Saudi Press Agency reported.

The GCC chief’s comments came in the wake of Tehran’s refusal to sign the annual agreement for this year’s hajj and a ban imposed on its Umrah pilgrims, Al Arabiya English reported on Saturday.

Also on Friday in Lahore, Sheikh Taher Mahmoud Al-Ashrafi, chairman of the Pakistan Scholars Council, in a statement categorically rejected demands raised by the Iranian regime’s Hajj delegation for signing a bilateral agreement for this year’s hajj.

Al-Ashrafi warned the Iranian regime against politicizing the pilgrimage.