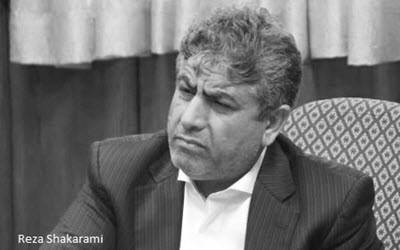 NCRI – In a case of factional feuding among officials of the mullahs’ regime in Iran, Reza Shakarami, the regime’s prosecutor in Karaj, north-west of Tehran, has announced that one of the regime’s former departmental chiefs in Alborz Province has been arrested.

“Forgery and the use of a forged document, misrepresentation in government transactions and infringement of tenders are among the charges against this former director general in Alborz Province,” Shakarami told the Tasnim news agency, affiliated to the Revolutionary Guards Quds Force, on Thursday, May 12.

Shakarami, who himself has a background in brutally suppressing Iranian people, pointed out that bail for the defendant has been put at 2.5 billion Rials (U.S. $82,000), adding that the former provincial official is currently in detention.