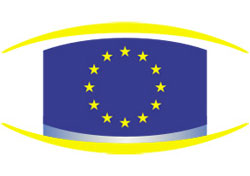 Given the EU’s serious and deepening concerns over Iran’s nuclear programme, the
Council today significantly broadened EU restrictive measures against that country.

The Council today reiterated its “serious and deepening concerns over Iran’s nuclear
programme and the urgent need for Iran to comply with all its international obligations”.
At the same time, it reaffirmed the EU’s “longstanding commitment to work for a
diplomatic solution to the Iranian nuclear issue in accordance with the dual track
approach”.
The objective of the EU remains to achieve a comprehensive, negotiated, long-term
settlement which restores international confidence in the exclusively peaceful nature of the
Iranian nuclear programme, while respecting Iran’s legitimate right to the peaceful use of
nuclear energy under the Non Proliferation Treaty.
Today’s decisions target Iran’s nuclear and ballistic programmes and the revenues of the
Iranian government for these programmes. They are meant to persuade Iran to engage
constructively by negotiating seriously and addressing the concerns of the international
community. The sanctions are not aimed at the Iranian people.
In particular, the Council took further measures to ensure that EU financial institutions do
not process funds that could contribute to Iran’s nuclear programme or to the development
of ballistic missiles. Therefore it prohibited all transactions between European and Iranian
banks, unless they are explicitly authorised in advance by national authorities under strict
conditions. Under these conditions, authorised trade can continue. In addition, the Council
has decided to strengthen the restrictive measures against the Central Bank of Iran.
The Council also banned the export to Iran of further materials relevant to the Iranian
nuclear and ballistic programmes or to industries controlled by the Iranian Revolutionary
Guard Corps. This concerns in particular graphite, raw or semi-finished metals, such as
aluminium and steel, as well as software for integrating industrial processes. The
prohibition also includes related technical or financial assistance.
The Council also banned the import of natural gas from Iran into the EU. This concerns
import, purchase and transport of gas, as well as finance and insurance related to these
activities. In addition, the Council agreed to broaden the existing export ban on key
equipment for the Iranian oil, gas and petrochemical industries.
Vessels belonging to EU citizens and companies may no longer be used for transporting or
storing Iranian oil and petrochemical products. Further, the involvement of EU industries
in the construction of new oil tankers for Iran will no longer be permitted and key naval
equipment and technology for ship building and maintenance can no longer be supplied to
Iran. The Council also banned flagging and classification services for Iranian oil tankers
and cargo vessels.
EU member states also decided to stop supporting trade with Iran through new short-term
export credits, guarantees or insurance. Medium- and long-term commitments were already
previously prohibited.
Finally, the Council targeted 34 additional Iranian entities providing substantial financial
support to the Iranian government and one person involved in the Iranian nuclear
programme with an asset freeze and a travel ban. This concerns notably entities active in
the oil and gas industry and in the financial sector.
Implementing legislation, which the Council still has to adopt, will define precisely which
items are covered by the export bans.
Today’s decisions, together with the list of additional designations, will be published in the
Official Journal of 16 October 2012.
More information: