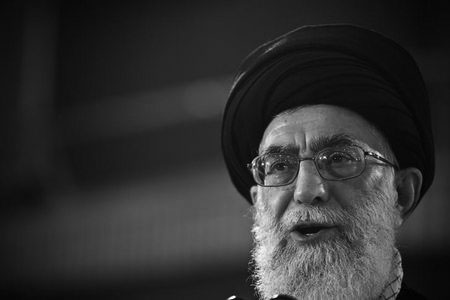 The Iranian regime’s supreme leader, Ali Khamenei, issued a directive to the heads of the clerical regime’s three branches and also Rafsanjani about the elections. This directive contains 18 paragraphs but the most important part of it is paragraph 16, in which Khamenei prohibited military, intelligence and security forces from entering “political and electoral divisions.”

Paragraph 16 outlines the conditions for elections and asserts “Prohibition on entry of the Armed Forces and three branches, including ministries and their subordinate agencies, intelligence agencies and security organizations, government institutions and companies, and public institutions in the elections’ political and factional divides and advocacy for the election candidates.”

This statement is issued while critics have repeatedly criticized the involvement and interference of military and security institutions such as the Revolutionary Guards, Basij and Ministry of Intelligence and Security in elections, but Khamenei heretofore had always explicitly supported their involvement or remained silent.

Paragraph 4 of the directive oversees the financial issues and emphasizes the need to “determine the scope and type of expenses and elections” licit and illicit sources, as well as transparency on the resources and expenses of the election candidates and political groups.”

The directive also emphasizes the need to respect the constitution and asks the Guardian Council to (be accountable and) respond in writing (to candidates) about “The reasons for the cancellation of (votes in) the elections and disqualification of candidates if they request it.”

The Guardian Council’s performance in widespread rejection of candidates in various elections has always been criticized.

Political observers have described Khamenei’s directive as an unprecedented move to harness the regime’s internal crisis and confront divisions within the system and the risk of uprisings during the mullahs’ sham elections in Iran.