Iran: More Rift and Crisis at the Top of the Regime, Khamenei Lashes at Rouhani 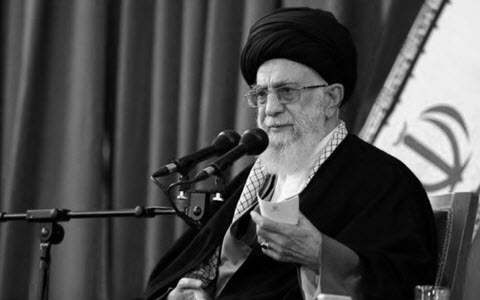 NCRI – Iranian Supreme Leader Ali Khamenei in a speech on Wednesday lashed at President Hassan Rouhani and his cabinet regarding the UNESCO 2030 document.

“Now some are heard saying we don’t accept this and that in this document. This is not the issue at hand. Let’s suppose this document has no clear issues against Islam. I am emphasizing the country’s educational system should not be defined outside of the country,” he said.

Khamenei also discussed how more of the regime’s dwindling base are losing hope due to recent setbacks and regional/international isolation.

“Unfortunately, there are those inside the country that are spreading the word as the enemy prefers to, in their remarks, newspapers and cyberspace, repeating it with an even louder voice,” Khamenei continued.

“[College students] should play a more active role in all the good and down days, and not merely be spectators… Student organizations should remain hopeful, inject hope into the colleges and not allow an atmosphere of disappointment to spread,” he warned.