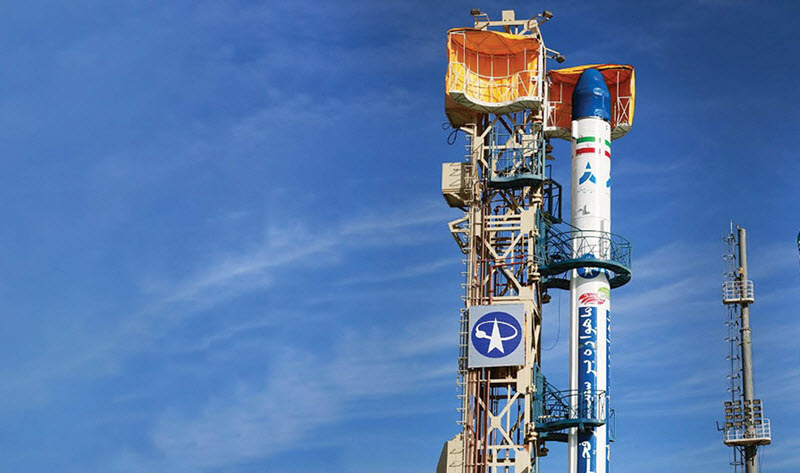 The Iranian Regime said on Tuesday that it would continue with its plan to launch three satellites into orbit this year, despite the recent US moves to curb the country’s ballistic missile programme, which is advanced by the satellite activity.

Iranian Telecoms Minister Mohammad Javad Azari-Jahromi, who was giving an interview to Reuters on the sidelines of a conference in Geneva, said that the Iranian Regime would continue with its plans to launch three satellites in 2019 and denied that the launches are a cover for ballistic missile development.

Azari-Jahromi said: “The rockets which have currently been developed in Iran for carrying satellites are not something that are a cover for another kind of rocket activity. Because if Iran wants to have missile activity it’s something that it is doing openly. It’s not something that is hidden. It’s part of our right to defence.”

1. ensuring that anyone supplying the IRGC with missile parts would not just be violating US sanctions, but also providing material support to a terrorist group

2. cutting off funding for the IRGC, which controls the vast amount of the Iranian economy through a series of proxy companies and has control over the missile programmes and other malign activities

The US is worried that the long-range ballistic technology, which is used to launch satellites into orbit, could also be used to launch nuclear warheads.

The Iranian Regime already tried to launch a satellite in January and February this year, but they both failed.

Following the January failure, US Secretary of State Mike Pompeo tweeted: “The launch yet again shows that Iran is pursuing enhanced missile capabilities that threaten Europe and the Middle East.”

Azari-Jahromi claimed that Iran’s satellite program is intended for peaceful purposes, such as helping manage water resources and protect the environment. However, many have expressed doubts.

After all, Iran has been plagued by devastating floods since March 17, which have killed almost 300 people and affected 1,900 communities, but the Regime’s response to this has been muted at best.

The reality is that for as long as the mullahs are in power, Iran will remain a rogue state. The only way to ensure that Iran changes is to support regime change through the National Council of Resistance of Iran.