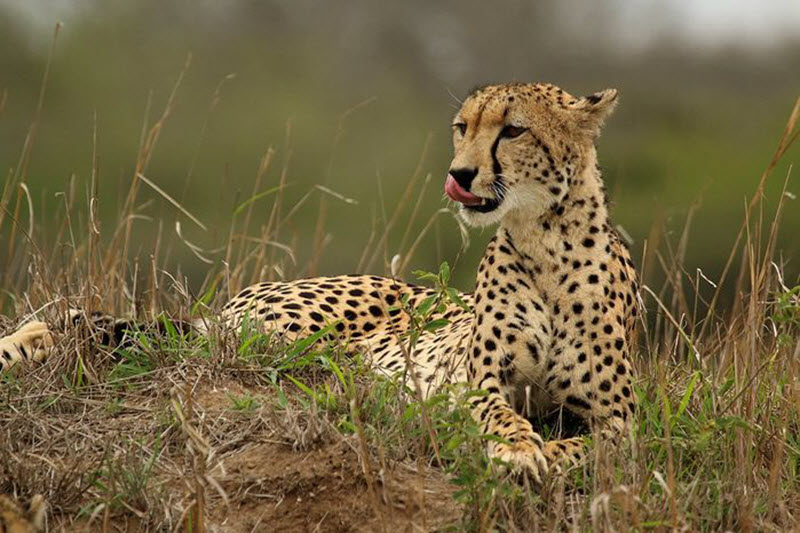 Iranian regime’s prosecutors have charged four conservationists with “sowing corruption on Earth”, a crime that carries the death sentence in the Islamic Republic, for simply carrying out scientific monitoring of endangered species.

The Persian Wildlife Heritage Foundation workers were arrested in January for espionage, after the Revolutionary Guards Corps accused them of using their camera traps, which were intended to monitor the rare Asiatic cheetahs and other wildlife, to spy on the country’s ballistic missile program.

This charge is false, of course, and even the Iranian government admitted earlier this year that they had no evidence to support the spying charges. Thus, the Revolutionary Guards Corps was forced to change its tactics and charge the environmentalists with a national security charge instead.

Tara Sepehri Far, a researcher with Human Rights Watch in New York City, said that this was “a very bizarre charge to bring against environmental activists” and “totally unprecedented”.

However, given the Iranian Regime’s crackdown on environmentalists, especially those with ties to the West, earlier this year, it is not surprising that the mullahs would go this far.

Even Iran’s deputy vice president for the environment was arrested and held for a few days, before he was released but still under pressure from the Iranian Regime. Kaveh Madani, a former water management expert at Imperial College London, escaped in April when on a foreign trip and is now in an undisclosed location.

The names of the accused are believed to be Taher Ghadirian, Houman Jowkar, Morad Tahbaz, and Niloufar Bayani. They were arrested alongside five other environmentalists on similar charges, but the co-founder of the Persian Wildlife Heritage Foundation Professor Kavous Seyed-Emami, an Iranian-Candian citizen, died under suspicious circumstances in jail in February. Authorities claim he committed suicide, but many believe that he died under torture.

Ghadirian and Jowkar serve on International Union for Conservation of Nature (IUCN) panels, which decide whether certain species are classified as threatened. Both serve on the cat panel, while Ghadirian is also a member of the bear specialist group.

IUCN Species Survival Commission Chair Jon Paul Rodríguez, a conservation biologist at the Venezuelan Institute for Scientific Research in Caracas, said: “IUCN is deeply alarmed by the charges. Camera traps are indispensable for tracking the status and biology of threatened species. As far as I am aware, practically the only information we have on the Asiatic cheetah comes from camera traps.”

No trial dates have been set for the environmentalists.