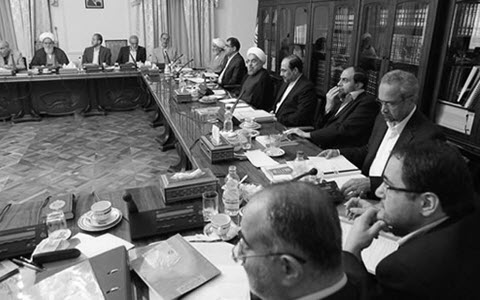 NCRI – Iran’s Supreme Cultural Revolution Council members revoked the 2030 UNESCO document .in a meeting with Hassan Rouhani on the evening of Tuesday June 13, 2017.

The majority of Iran’s Supreme Cultural Revolution Council members ratified that all the aspects of the fundamental evolutionary plans of education and training should be taken into consideration, and in general, country’s educational issues should be designed according to Iranian superior documents. Therefore,   2030 document would not be taken into consideration anymore.

Hours before this announcement, 151 members of parliament in a letter to Rouhani stressed that: Because this 2030 UNESCO document was not approved in the Parliament it is not valid.

On April 7th, 2017 Khamenei, the regime’s supreme leader considered the implementation of this document “illegal”, and said: The Islamic Republic will not give in to documents such as UNESCO’s 2030 document.