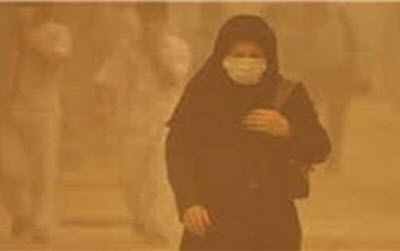 According to the WHO survey, the dirtiest air was recorded at Zabol, which suffers from months of dust storms in the summer, and which clocked a so-called PM2.5 measurement of 217, measured by the amount of particulate matter under 2.5 micrograms in each cubic meter of air.Tiny particulate matter can cause lung cancer, strokes and heart disease over the long term, as well as trigger symptoms such as heart attacks that kill more rapidly. The WHO says more than seven million premature deaths occur every year due to air pollution, three million of them due to outdoor air quality.

Common causes of air pollution include too many cars, especially diesel-fueled vehicles, the heating and cooling of big buildings, waste management, agriculture and the use of coal or diesel generators for power.

The WHO data, a survey of 3,000 urban areas in 103 countries, shows only two percent of cities in poorer countries have air quality that meets WHO standards, while 44 percent of richer cities do.