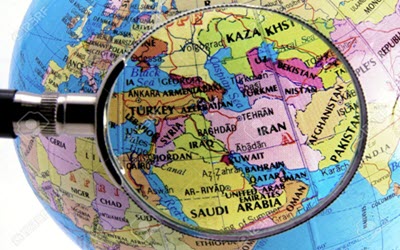 With only three months to go until the next elections in Iran, the regime is facing crisis after crisis. Iran was fiercely criticised at the recent Munich Security Conference and tension is rising with Turkey. There have also been severe dust storms that have put parts of the country into grave danger. And of course, the new administration in Washington is complicating matters for Iran.

The damage caused by the dust storms that have affected Ahwaz are of the Iranian regime’s own making. Its destructive policies have left many people with frequent power and water cuts and the people are taking to the streets to protest the lack of aid from the authorities.

The area has seen an increasing number of dams being built, oil wells have been dug under underground water sources and rivers are drying up – all thanks to the Revolutionary Guards’ (IRGC) destructive policies.

Experts state that two-thirds of the land will turn into desert if the current trend continues. Around 14 to 15 million people will thus be subject to salt storms as well as dust storms.

At the Munich Security Conference, Foreign Minister Javad Zarif was met with an unexpected blow. The Vice President of the United States, Mike Pence, described Iran as the leading state sponsor of terrorism in the world, and Saudi Arabia Foreign Minister Adel al-Jubeir blamed Iran for the instability in the region. Turkey blamed Iran for the spread of sectarianism and said that all the problems in Syria lead back to Iran.

The scene at the conference could almost be described as a coalition – and a major setback for Iran. The balance of power is shifting dramatically away from Iran. With talk of an Arab NATO, Iran would be completely isolated in the region.

Recent developments regarding Russia also go against Iran’s interests. Its campaign in Syria together did not go to well, and now Russia is establishing safe zones in Syria.

Russia is increasingly conflicting with Iran in matters to do with Syria. Moscow is prepared to forego its stake in Syria in favour of dealing with the new Trump administration.

Although Turkey and Iran have economic interests in common, tension is nevertheless developing. The Turkish president said that Iran is using “Persian nationalism” to divide Iraq and Syria. The Foreign Minister of Turkey also said that Iran is trying to undermine Saudi Arabia and Bahrain with the aim of creating Shia states in Syria and Iraq. Tehran sees the Turkish military as a huge obstacle in Iraq and Syria.

The entire Middle East is in a fragile situation and the nearing elections in Iran is making the regime’s interests even more delicate.

It is impossible to predict with any degree of certainly what is going to happen in Iran, but what has been proven so far is that the regime responds to forceful rhetoric. This indicates that designating Iran’s Revolutionary Guards (IRGC) as a foreign terrorist organisation may be the next best move for the United States to make.

Previous article
Power Struggles Causing Friction in the Iranian Regime Just Before Elections
Next article
Former Iraqi Vice President: Iran Regime Is Leading to Bloodshed, to Catastrophes and to Wars Around the Middle East