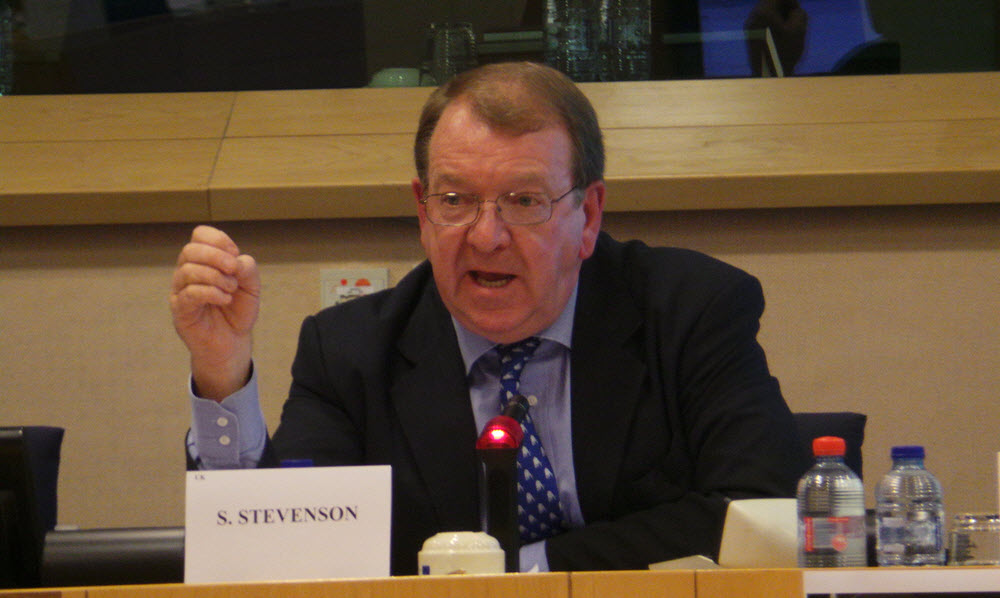 On Thursday evening, 1st February, many cities in Iran once again witnessed anti-government protests. According to various reports, there were clashes between young people and the Islamic Revolutionary Guards Corps (IRGC) in at least 14 cities. It was the second wave of the nationwide protests that have shaken Iran since 28 December 2017.

These latest demonstrations showed that despite widespread repression, mass arrests and the killing of young people under torture, the Islamic Republic of Iran has failed to curb the uprising. In particular, the demonstrations took place at a time when security forces were on full alert due to celebrations for the thirty-ninth anniversary of the 1979 revolution. All indications show that the regime has entered its final stage.

Three confessions by senior officials of the regime clearly demonstrate this reality.

The first confession – Fear of suffering the same fate as the Shah’s dictatorship.

On 31st January, just before the start of the second wave of the uprising, President Hassan Rouhani, warned that the regime might suffer the same fate as the Shah’s regime, should it fail to listen to the voice of the people.

Rouhani, regarded as a ‘moderate’ in the West, is widely acknowledged as one of the officials responsible for imposing the forced wearing of the hijab on women in 1979. As a member of the Majlis (parliament), on 14thJuly 1980, he called for opponents of the regime to be hanged in public during Friday prayers to have a greater deterrent effect on the people.

In the midst of the university students uprising on 14th July 1999 he said that insulting the Supreme Leader Ali Khamenei is like: “insulting Iran and Islam and Muslims and the constitution and all those who consider Iran as the Utopia of the Islamic world… Yesterday evening, a strict order was issued to suppress severely any movement of these elements…”

The second confession- Fear of the people’s deep anger against the regime.

Frightened by the continuation of the popular uprising in Iran, senior mullah Ahmad Khatami, vice chairman of the Assembly of Experts and Friday Prayer Imam of Tehran, said: “Do not think that the (risk of) overthrow is over. No, the enemies will not give up thinking about the overthrow even for a moment. We must be alert…. You saw the rioters attack some seminaries, worse than the Shah’s regime attack on ‘Faizia’ seminary.”

Mullah Dorri Najaf Abadi, Friday Prayer Imam of Arak and another member of the Board of Directors of the Assembly of Experts and former minister of intelligence, said on 17th January in the course of the uprising in Arak: “Our house was attacked and I was at home. In recent events, the age of the protesters was very low. The people who attacked our home, although they had covered their faces, were under 30 years of age and even under the age of 18.”
The third confession – Admitting the role of the main opposition, PMOI, in the uprising.

Immediately after the protests started in Mashhad on 28th December, the Mashhad Friday Prayer Imam who is also Khamenei’s representative said: “Why you have come to the streets after a call by the PMOI whose leader is a woman?” Also, in a counter-demonstration set up by the regime, a slogan was repeated: “Supporters of the Green Movement are supporters of Rajavi”.

On 2nd January, former ‘moderate’ president Mohammad Khatami, described: “the revengeful arch-enemies of the Iranian people, at the top of whom are America and their sober agents such as the PMOI,” as the main source of the uprising.

On the same day, according to the news agency AFP, President Rouhani, in a phone call to the French President Emmanuel Macron, asked him to take action against the PMOI. He said: “We criticize the fact that a terrorist group has a base in France and acts against the Iranian people… and we await action from the French government against this terrorist group.” He was referring to the exiled Iranian opposition group based in Paris and called the Mujahedeen-e-Khalq (PMOI). An Elysée Palace Spokesperson later responded that all political refugees are welcome in France and will be provided security by France.

On 9th January 2018, Khamenei, the Supreme Leader, bluntly identified the leading Iranian opposition ‘the Mujahedin-e Khalq (PMOI or MEK)’ – as a main contributing factor. “They were prepared months ago. The media of the PMOI admitted to this. They said, recently, that they were in contact with Americans some months ago, to carry out U.S. orders, to organize riots, meet with this or that person, find individuals inside the country to help them fan out to the people. And that it was they who initiated this,” admitted Khamenei, while at the same time, doing his best to conceal the PMOI’s popular appeal by describing it as part of a “triangle of enemies” that had planned, financed, and carried out the latest uprising.

As usual, Khamenei described the US, Zionism and Saudi Arabia as foreign stimulators of the uprising. He said that those arrested who are linked to the PMOI would be severely punished. He implicitly threatened that they would be executed.

Ahmad Khatami, Tehran’s Friday Prayer Imam and a member of Board of Directors of the Assembly of Experts, said on 26th January: “You foiled the PMOI’s sedition in 1996, 2009 and January 2016. You should foil the next seditions and you can do that. You foiled the PMOI’s sedition, how? You informed that there is a team of them near our home. Go arrest them. They (the suppressive forces) went and arrested them and destroyed them … Wherever you see the conspiracy, quickly notify the authorities as your duty. “

On 27th January, Brig. Gen. Rasoul Sanai Rad, IRGC deputy commander, said: “The leader and provocateurs of the protests in Tuyserkan are from the PMOI who have come from other cities to not be identified … A number of women were arrested who are middle-aged; in the 1980s, those who led the street protests of the PMOI were mostly women, and now the women were the main cause of the provocation and the starter. For example, four of these women dragged Ilam into chaos… those who were from Karaj were arrested in Kermanshah, or those who were from Bandar Abbas were arrested in Shiraz; these were the PMOI who showed up in the cities in an organized manner and directed the slogans.”

These remarks as well as hundreds of statements or similar interviews by various factions, including so-called “reformists” or “hardliners”, are indicative of the regime’s deepening concern of the growing role of the PMOI, who have rightly said that there is no prospect of a change within the “Islamic Republic” and that the only solution is regime change.

These three significant confessions by senior Iranian officials, for the first time, simultaneously and in such a scale, clearly represent the final phase of this theocratic dictatorship.

On New Year’s Eve in 1978, US President Jimmy Carter was the guest of the Shah of Iran. He said in his speech at the dinner table that Iran is “an island of stability.” On 9th January 1978, the first anti-Shah uprising began in Qom, and one year later, on 16th January 1979, the Shah was forced to flee Iran. After four decades, the United States and the people of Iran still suffer from the consequences of the West’s miscalculation. American support for the Shah, despite all crimes he had committed, was one of the reasons the ayatollahs were able to hijack the 1979 anti-monarchy revolution and impose a much more brutal dictatorship.

America has at long last recognized Iran as the Godfather of terror and repression in the Middle East. It is time that Europe did likewise and realizes that there is no future in backing the fascist dictatorship that rules Iran.

Struan Stevenson was a member of the European Parliament representing Scotland (1999-2014), president of the Parliament’s Delegation for Relations with Iraq (2009-14) and chairman of Friends of a Free Iran