Dignitaries from five continents participate in Paris Conference, entitled,“Women Force for Change, Iran Uprising and the Role of Women”

The NCRI President-elect Maryam Rajavi addressed a conference in Paris on Saturday, February 17, 2018. In her remarks to the conference entitled, “Women Force for Change, Iran uprising and the role of women,” she hailed Iran’s brave and freedom loving women who played their role in the struggle against fundamentalism, also women all around the world who resisted against dictatorship, fundamentalism and violence, particularly the women of Syria.

Maryam Rajavi said, “Iran’s uprising is not only for the overthrow of a political regime, but is a revolt against religious fundamentalism. This would be a blissful dawn not only for the people of Iran but for all the peoples of the region and the world.”

Maryam Rajavi said, “The day, when Iranian women destroy the entrenchments of fundamentalism in Iran, freedom and equality will have a leap forward all across the world. Therefore, supporting the Iranian people’s uprising against fundamentalism is the greatest project of our time for advocates of women’s rights. Any activity in defense of the arrested women, any effort to expose the torture of prisoners, and anything you do to compel your governments to severe relations with the clerical regime, is going to be very effective.” 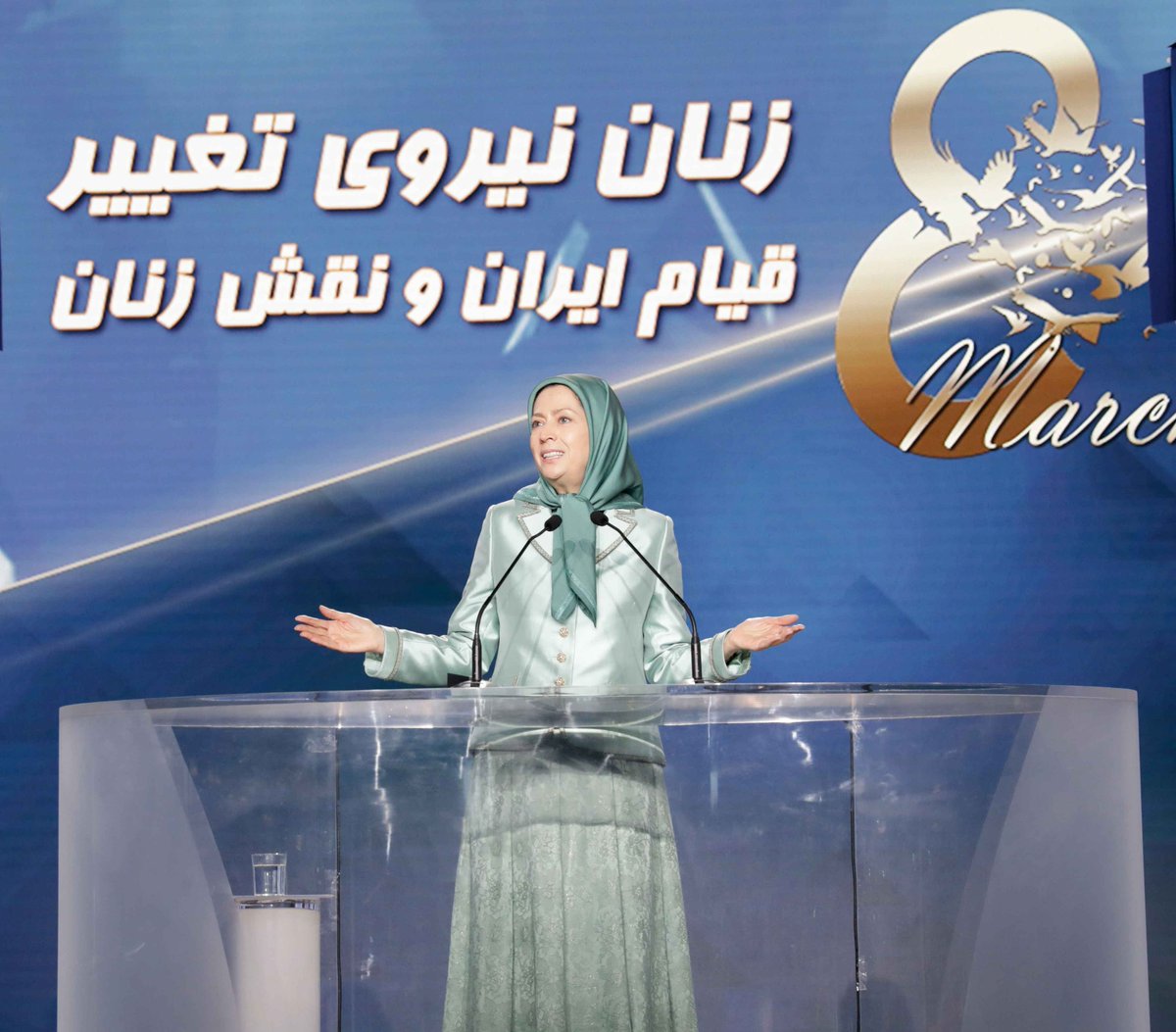 A number of prominent women including political personalities, lawmakers, jurists, judges, mothers of martyrs and advocates of women’s rights from 23 countries in five continents participated in the conference.
Maryam Rajavi noted the pivotal role of women and youth in the uprising in January and said, “Women have not taken to the streets to demand anything from the regime; rather, they want to eliminate the clerical regime. Women have not risen up to demand only their own freedom; they have risen up to liberate the whole nation. As attested by the experience of the past 39 years, it is not possible to fulfill the most rudimentary demands of women under this regime, from abolition of the compulsory veil to the elimination of all forms of discrimination and inequality. Women did not benefit from the game of so-called reformists vs. hardliners. Women’s rights are not obtained unless by overthrow of the clerical regime. Regime change is the right of Iranian woman and the only way to achieve freedom and equality.”

Mrs. Rajavi said the mullahs’ aim in suppression of women, including the compulsory veil, is to obstruct their path and repress the society as a whole. She said, “Contrary to the mullahs’ claims, imposing the veil (Hijab) by compulsion is diametrically against Islam. Faith is based on one’s free choice and out of free will. Whenever the regime wants to politically suffocate the society, they launch a campaign to arrest women under the pretext of improper veiling.
Mojahedin women participated in the protest march against the compulsory veil in March 1979, although they wore the scarf, themselves.”

Mrs. Rajavi addressed women across Iran and said, “By shattering the atmosphere of fear, repression and disbelief, revive hope and courage in people and reinforce the power of youth in confronting suppression. To continue the uprising, women from all walks of life need to form the bastions of rebellion and the councils of resistance in every city and village.”

Short video clips on the role of women in the Iran uprising and theatrical performances in this meeting were enthusiastically received by the audience.

Secretariat of the National Council of Resistance of Iran
February 17, 2018