Jordan: Iran Regime Officials Are Better Control Their Tongues and Shut Their Mouths 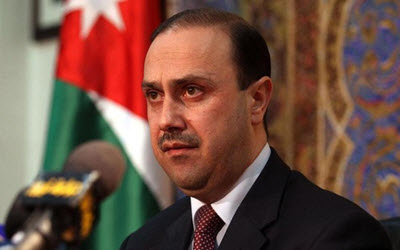 Al-Momani was responding to recent remarks made by Iranian regime’s Foreign Ministry Spokesman ‘Bahram Ghasemi’, in which he criticized Jordanian King Abdullah II’s interview with the Washington Post, saying “(King) Abdullah has made a strategic mistake in defining terrorism.”

In his interview, Abdullah II had said that “there’s a strategic problem in our region that is related to the Iranian regime. An effort is underway to geographically link Iran, Iraq, Syria, and Hezbollah in Lebanon.”

Interviewing with the country’s official TV, the Jordanian Minister of State for Media Affairs said that “we have positive interaction with different countries in the world. But if such an abusive language is used, we are not going to tolerate that and will respond accordingly.”

“the remarks made by Iranian regime official is aimed at tarnishing the Jordanian King’s role in establishing regional security and stability, fighting against terror, dealing with seditions, and standing against those who want to trade on Arabic issues.”, says a Jordanian Foreign Ministry statement released in this regard.

Jordanian Foreign Ministry also called on the Iranian regime to respect good neighborly relations with Arab countries, not to intervene in their domestic affairs, and be committed to international conventions and norms.

Previous articleIRAN: Senator McCain Meets Maryam Rajavi, PMOI/MEK Members in Tirana
Next articleMcCain Praised the Leadership of Rajavi, Stressing: “…Iran Will Be Free and We Will Gather in Freedom Square in Tehran.”