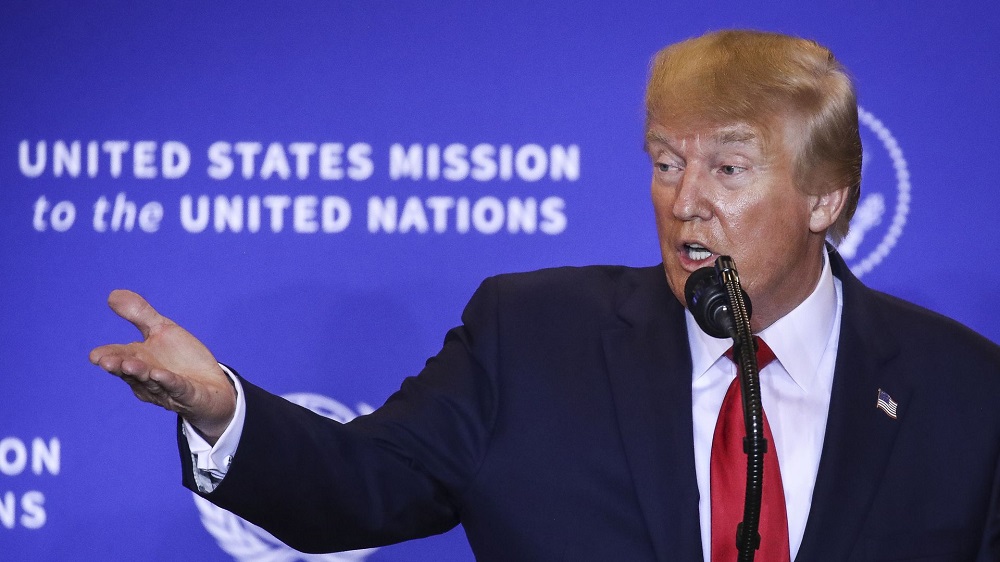 United States President Donald Trump on Wednesday took steps to bar senior Iranian regime officials and their immediate family from entering the United States as immigrants or non-immigrants, the White House said in a proclamation.

The proclamation, dated September 25, 2019, stated: “The Government of Iran is a state sponsor of terrorism, and the Islamic Revolutionary Guard Corps, including its Qods Force, supports terrorists and directly engages in terrorism.”

“Given that this behavior threatens peace and stability in the Middle East and beyond, I have determined that it is in the interest of the United States to take action to restrict and suspend the entry into the United States, as immigrants or nonimmigrants, of senior government officials of Iran, and their immediate family members,” President Trump’s proclamation added.

On Tuesday, September 24, thousands of Iranian American supporters of the main opposition group People’s Mojahedin Organization of Iran (PMOI, Mujahedin-e Khalq or MEK) rallied outside the UN in New York to denounce the presence of the Iranian regime’s President at the UN General Assembly and to echo the voice of the millions in Iran who seek regime change.