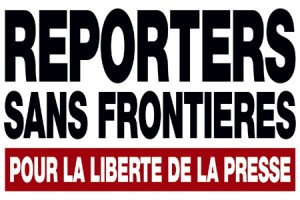 Reporters Without Borders hailed last week’s European Parliament resolution on European Union strategy towards Iran. For the first time, the European Parliament has displayed a clear desire to take human rights into account in the EU’s relations with Iran, the group said.

Adopted on 3 April, the resolution urges the European Union “to mainstream human rights in all aspects of its relations with Iran.”

“We welcome this initiative stressing human rights in relations with Iran,” said Reporters Without Borders secretary-general Christophe Deloire. “The measures envisaged in this resolution are a starting point. A counter-weight to the issue of Iran’s nuclear programme and the defence of European economic interests, they form a basis for taking account of fundamental freedoms in bilateral talks.”

The European Parliament moderately critical resolution caused a hysterical and unprecedented hostile reaction from the mullah’s regime in Iran.

A number of Iranian regime officials, including the so called “moderate” Foreign Minister, the Speaker of the Majlis (the Iranian Parliament), the chair of the Iranian Parliament’s Security and Intelligence committee, Tehran’s Friday Prayer Leader, numerous members of the Majlis and the overwhelming majority of the media, have mounted relentless attacks on the EU, questioning why the European Parliament has dared to include human rights violations and the anti-democratic behaviour of the regime of Iran in the on-going nuclear discussions.

Brigadier General Mohammad Reza Naghdi, the commander of the Basij force, called the EU MEPs worse than “four legged animals”. He said that: “in their resolution they tell us that we have no right to execute people and that they want to have an office in Iran; it is none of your damned business to open up a bureau in Iran.” (The state-run Tabnak website – April 3, 2014)

Senior MEP Struan Stevenson, Chair of Friends of a Free Iran said in a statement on April 8: “The hysterical reaction of the Iranian regime also underscores the need to keep up the pressure on human rights during all negotiations on the mullahs’ attempts to construct nuclear weapons. It would be a grave error to relax this pressure in the hope of appeasing the allegedly ‘moderate’ forces in Iran.”

“The hysterical Reaction of the Iranian Regime to the European Parliament’s Resolution, underlines the need for a continuing firm policy against the barbaric violation of human rights, nuclear projects and regional warmongering.”