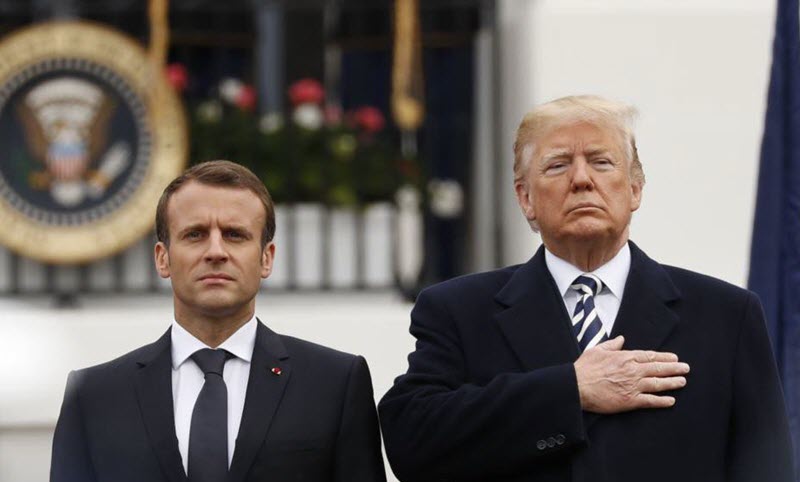 NCRI – U.S. president, issued a firm warning to Iranian regime leaders that they will “pay a price like few other countries have ever paid” if the U.S. is threatened in any way.

Speaking during a joint meeting with Emmanuel Macron the US leader warned Iranian regime that a new nuclear deal will need “solid foundations”.

He said: “If I do what some people expect, whether or not it will be possible to do a new deal with solid foundations.

“Because this is a deal with decade foundations. It’s a bad deal, it’s a bad structure. It’s falling down.

“It should have never, ever, ever been made.

“I blame Congress; I blame a lot of people for it. But it should have never been made.

“And we’re going to see what happens on the 12th.

“But I will say, if Iran threatens us in any way, they will pay a price like few other countries have ever paid.”

Trump continued his warning toward the nuclear deal, calling it terrible, ridiculous and insane and reminded Iranian regime with repercussions should it restart its nuclear program.

President Trump has until May 12 to decide whether to keep the US in the agreement and is under strong European pressure to remain in it,

Trump also blasted the nuclear accord with Iran as “insane”.