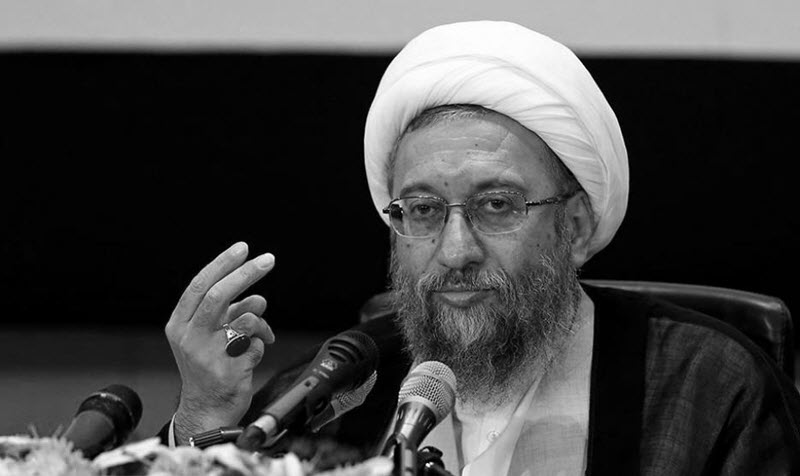 NCRI – While the beating of a girl by Iran regime’s so-called “Guidance Patrol” has caused people’s outrage, the head of the regime’s judiciary says police “must not retreat a single step”.

According to the state-run IRNA news agency, on Monday April 23, Sadeq Larijani, head of the judiciary, said: “We should not allow any person to resist the legal actions of law enforcement or insult an agent.”

“Security forces must not step back a single step at all… because then all hell breaks loose, and the road to the law enforcement’s authority and action to secure the country will be closed,” Larijani emphasized.

He added: “If some people were to confront the police force and thus try to polarize the community in order to make a cultural debate appear a political or social discussion, this is not acceptable at all.”

The release of the video of beating of a young girl by the agents of “guidance patrol” has led to people’s anger and a wave of massive protests.

In this regard, on Friday, Ahmed Alam-ol Hoda, Friday prayer leader in Mashhad, quibbled about the people who protested the beating of the girl and ridiculously said, “Minister and lawyer [an innuendo to outsiders who are not related to girl or the issue] walk into the streets protesting that a mal-veiled woman was insulted.”

The Fars news agency affiliated with the Revolutionary Guard Corps and the state-run Kayhan daily have called this case irrational and also described it as “planned” and “dummy”.

“No one should question the presence of Iranian forces in Syria and Iraq!”

Meanwhile, the head of the judiciary also said on Monday: “When the system concludes that in order to preserve the authority of the country… our (military) advisors should continue their presence in Syria and Iraq, no one else should question this policy but everyone should be sympathetic altogether to defend and support it.”

Iran’s involvement in Syria and the support of Bashar al-Assad have led to widespread protests in Iran, in addition to international condemnations.

Protesters chanted slogans “let go Syria, think of us” in last January’s protests and uprising in more than 100 Iranian cities. Farmers in Isfahan also chanted this slogan in recent weeks in protest of severe water-shortage in the province.