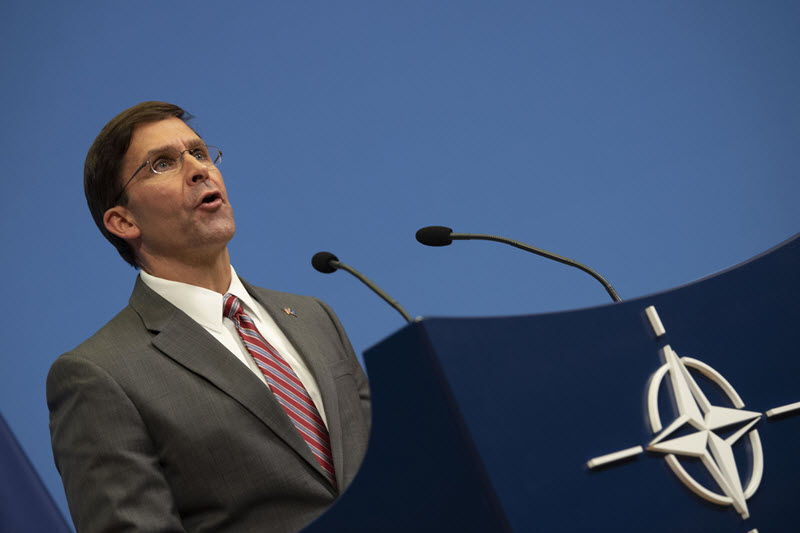 “I discussed the need to internationalize this issue by encouraging NATO allies and regional partners to voice their opposition to Iran’s bad behavior and to help us deter further provocative acts by improving maritime security,” Esper told reporters after the closed-door discussions at NATO headquarters in his international debut as Pentagon chief, Reuters reported.

U.S. President Donald Trump’s last-minute decision to call off planned strikes on Iran’s regime last week was the culmination of weeks of building military tension. Washington also accused Tehran of being behind attacks on ships in the Gulf.

“We do not seek armed conflict with Iran but we are ready to defend U.S. forces and interests in the region. No one should mistake restraint for weakness,” Esper told reporters.

Separately, the U.S. special envoy on Iran said on Thursday his country’s policy of maximum economic pressure on Tehran was working and warned that U.S. Sanctions did not give the regime the right to breach its nuclear commitments.

“We are dedicated to this policy of maximum economic pressure because it is working, it is denying the regime historic levels of revenue,” Brian Hook told Reuters ahead of a meeting with senior French, British and German diplomats in Paris.