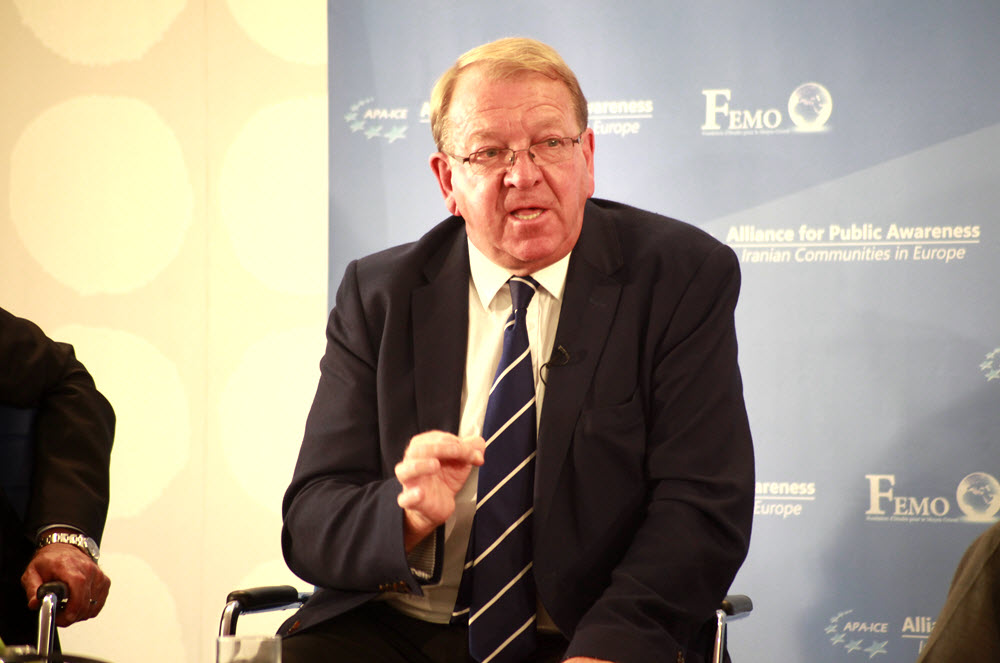 U.S. President Donald Trump’s announcement this week that he had signed an executive order imposing another round of “hard-hitting” sanctions on Iran’s regime has sent new shockwaves through the theocratic dictatorship headed by supreme leader Ali Khamenei, former European lawmaker Struan Stevenson argues in the United Press International.

Indeed, the sanctions specifically targeted Khamenei, together with the Iranian regime’s foreign minister Javad Zarif and eight senior commanders of Navy, Aerospace and Ground Forces of the Islamic Revolutionary Guards Corps, the elite military unit known as the regime’s Gestapo and itself recently listed as a foreign terrorist organization by the Americans, Stevenson wrote on June 27, 2019 for the UPI. These commanders supervise the IRGC’s malicious regional activities, including its provocative ballistic missile program, its recent sabotage of oil tankers in the Gulf and the shooting down of an American drone in international airspace, as well as its ongoing support for Bashar al-Assad’s bloody civil war in Syria, the Houthi rebels in Yemen, terrorist Hezbollah in Lebanon and the brutal Shi’ia militias in Iraq.

U.S. Treasury Secretary Steve Mnuchin said the new sanctions would “lock up literally billions of dollars of assets.” The venally corrupt Khamenei controls an estimated $200 billion corporate empire that includes hundreds of companies with interests in agriculture, energy, real estate and other sectors, so those who say the new sanctions are simply symbolic are mistaken. The sanctions will block Khamenei and his closest advisers from accessing the American financial system or any American assets. The U.S. Treasury has also been authorized to impose sanctions on any foreign financial institution that conducts transactions for any of these listed individuals or groups.

Iran, despite its rich, civilized and open culture, has now become an international pariah, its religious fascist regime condemned for human rights abuse and the export of terror, while its 80 million beleaguered citizens, over half of whom are under 30, struggle to feed their families against a background of power outages, water shortages and food prices that have risen by more than 80 percent, Stevenson argues. Since the second tranche of U.S. sanctions affecting oil and banking came into effect at the end of 2018, the economy has been in freefall, with inflation reaching 52 percent in May.

Iran’s descent into economic chaos can be traced directly to Khamenei and President Hassan Rouhani, Stevenson pointed out. Their policy of aggressive military expansionism across the Middle East has drained the country’s resources. Combined with the mullahs’ own partiality for corruptly lining their own pockets, it is little surprise that the country with the world’s second-largest gas reserves and fourth-largest crude oil reserves is now facing economic meltdown and mass demonstrations from an angry public.

Over the past 18 months, the widespread protests have spread from the main cities to rural towns and villages, uniting the working classes with middle-income earners, whose chants of “leave Syria alone, think of us instead” and “death to the dictator,” have clearly signaled the burgeoning demand for regime change. The previously unimaginable cries of “death to Khamenei” and “death to Rouhani” are now commonplace during every protest and have been heard from striking steelworkers in Ahvaz in the southwest of Iran, to defrauded investors in Rasht in the north and even teachers, nurses and bazaar merchants in Tehran.

The coordinated nature of the protests has been blamed by the regime on the main organized opposition, the People’s Mojahedin of Iran (PMOI/MEK), which has set up “resistance units” across the country, Stevenson wrote. The MEK is the key democratic alternative to the mullahs’ theocratic dictatorship and offers a future of freedom, justice, democracy, human rights, women’s rights, abolition of the death penalty, an end to international terror and aggression and an end to the nuclear threat. It is a vision of such contrast to the current chaos and oppression that young Iranians are now willing to risk their lives to bring it about.

As U.S. Secretary of State Mike Pompeo has said: “To the regime, prosperity, security and freedom for the Iranian people are acceptable casualties in the march to fulfill the revolution.” He accused the clerical regime of “lining its own pockets while its people cry out for jobs.” Pompeo has provided specific examples of the industrial-style corruption in Iran, citing Sadeq Larijani, the head of Iran’s judiciary, who is worth an estimated $300 million, embezzled directly from public funds. He also cited former IRGC officer and Minister of the Interior Sadeq Mahsouli, who is nicknamed “the billionaire general.”

Pompeo said he went from being a poor IRGC officer at the end of the Iran-Iraq war to being worth billions. He identified Grand Ayatollah Makaram Shirazi, who is known as the “sultan of sugar” for his illicit trading of sugar, which has generated over $100 million for him. And he said that Khamenei “has his own personal, off-the-books hedge fund called the Setad, worth $95 billion.”

Pompeo concluded that judging by their vast wealth, the ayatollahs “seem more concerned with riches than religion.” He continued: “These hypocritical holy men have devised all kinds of crooked schemes to become some of the wealthiest men on Earth while their people suffer.” This crushing exposé by the U.S. secretary of state gives the lie to Khamenei’s contention that “foreign enemies” are to blame for Iran’s economic collapse. The extent of corruption by the mullahs is well known to the Iranian people, who are sick of seeing their rich oil and gas wealth stolen and used to fund proxy wars in Syria, Yemen, Lebanon and Iraq and to fill the bank accounts of the mullahs, while they starve.

The oppressed millions in Iran will welcome Trump’s latest round of sanctions against their corrupt leaders, Stevenson wrote, adding that it is now the duty of the European Union to follow America’s lead and show their support for the Iranian people.

Struan Stevenson is the coordinator of the Campaign for Iran Change. He served as a member of the European Parliament representing Scotland (1999-2014), president of the Parliament’s Delegation for Relations with Iraq (2009-14) and chairman of the Friends of a Free Iran Intergroup (2004-14). He is an international lecturer on the Middle East and president of the European Iraqi Freedom Association. 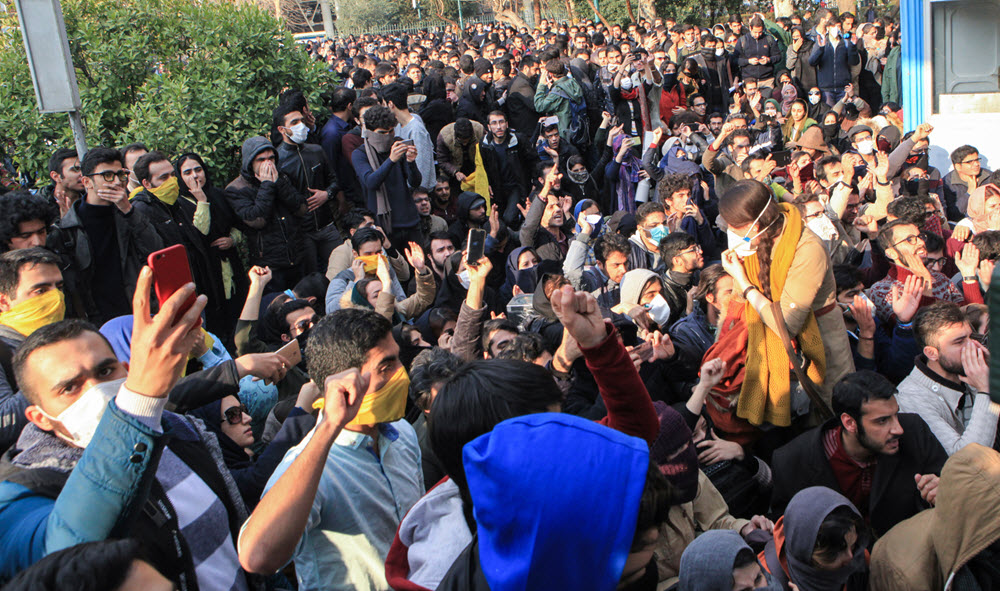 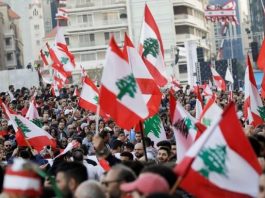 To Encourage Stability in Lebanon and Iraq, Confront Iranian Influence 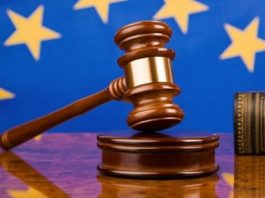