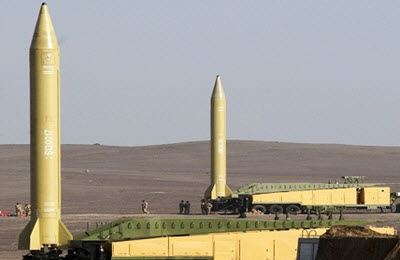 The United States has imposed sanctions on 30 foreign companies or individuals for transferring sensitive technology to Iran for its missile program or for violating export controls on Iran, North Korea and Syria, the State Department said on Friday.

Eleven companies or individuals from China, North Korea or the United Arab Emirates were sanctioned for technology transfers that could boost Tehran’s ballistic missile program, the State Department said in a statement.

Nineteen entities or individuals were sanctioned for other violations under the Iran, North Korea and Syria Nonproliferation Act, it said. They are believed to have transferred or acquired sensitive technology that could contribute to development of weapons of mass destruction.

Concerning the situation in Iran: it is noteworthy that Mrs. Maryam Rajavi, President-elect of the Iranian Resistance, for many years has stated that:

“The recent developments do not leave any doubts that the Iranian regime’s nuclear projects are only intended for developing nuclear weapons and the claims about their peaceful use in areas of technology and medicine are only pretexts for achieving that goal,” She added.

Mrs. Rajavi called on the United Nations Security Council to implement comprehensive diplomatic, technological, arms and oil sanctions on the Iranian regime. She said that such sanctions should be imposed as the first step in the course of preventing the terrorist mullahs from acquiring nuclear weapons.
For more than two decades the Iranian regime has kept secret its nuclear projects and deceived the international community. Pinning hopes on negotiations with this regime is part of the despicable policy of appeasement which has brought the terrorists ruling Iran closer to nuclear bomb and the Middle East region as well as the whole world to the brink of war. Waiting for mullahs’ written response is like chasing a mirage.
For this regime, which has until now been rewarded by the international community with increasing concessions for its barbaric suppression, systematic violations of human rights, export of terrorism and unlawful nuclear projects, negotiations would only help it to buy more time to complete its nuclear weapons program.