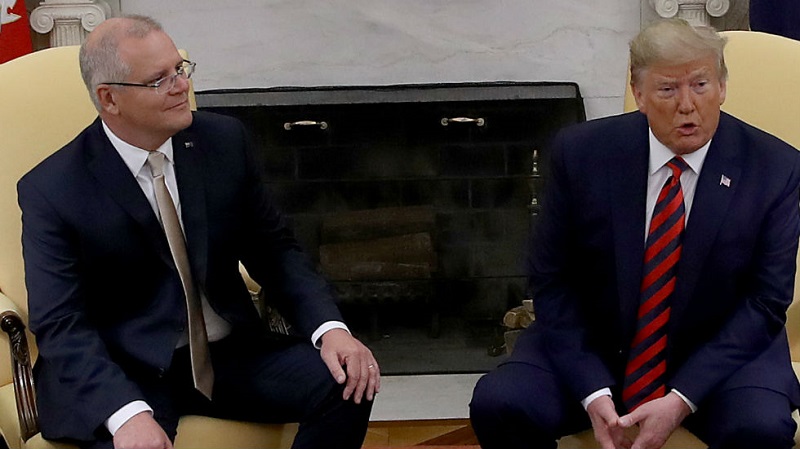 In a statement on September 20, 2019, the U.S. Treasury Department said its Office of Foreign Assets Control (OFAC) took action against the Central Bank of Iran (CBI), the National Development Fund of Iran (NDF), and Etemad Tejarate Pars Co. under its counterterrorism authority, Executive Order (E.O.) 13224.

OFAC said it is designating the CBI today for having “materially assisted, sponsored, or provided financial, material, or technological support for, or goods or services to, the IRGC-QF and Hizballah.”

“According to Article 84 of the Fifth Development Plan of the Islamic Republic of Iran, the NDF was established to serve the welfare of the Iranian people by allocating revenues that originated from selling oil, gas, gas condensate, and oil products to durable wealth and productive economic investments.  However, the NDF has been used as a slush fund for the IRGC-QF, which has, for years, received hundreds of millions of dollars in cash disbursements from the NDF.”

“The NDF, in coordination with the CBI, provided the IRGC-QF with half a billion U.S. dollars in 2017 and hundreds of millions of dollars in 2018. Also, despite an increase in the IRGC’s overall budget for 2019, the Rouhani administration withdrew some $4.8 billion from the NDF in January 2019 to amend the budget allocated to the IRGC and the Islamic Republic of Iran Broadcasting (IRIB).”

“During 2018 and early 2019, the CBI facilitated the transfer of hundreds of millions to both the Atomic Energy Organization and MODAFL from the NDF.  Some of the funds to be transferred via Iran-based Etemad Tejarate Pars Co. were intended to be used for military purchases.”

“As of early 2019, Etemad Tejarate Pars Co. planned to send tens of millions in various currencies, including euros, to Wilmington General Trading LLC in Dubai, UAE, the Embassy of the Islamic Republic of Iran in Moscow, Russia, and to companies on behalf of MODAFL.”