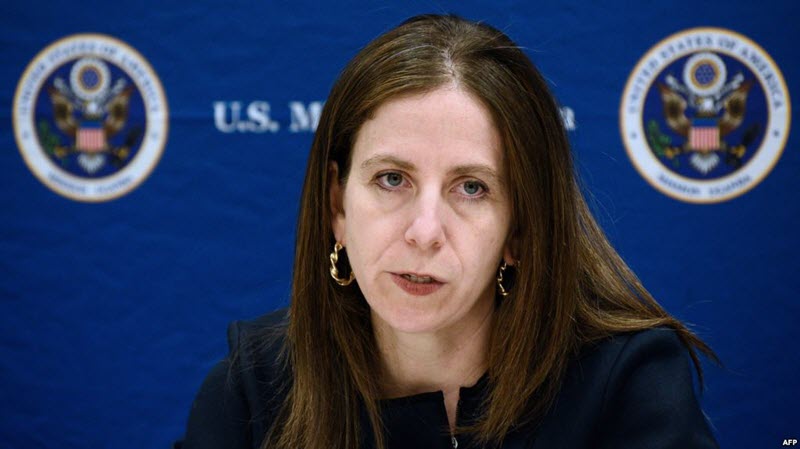 In a statement to the U.S. House Appropriations Subcommittee on Financial Services and General Government, Under Secretary Sigal Mandelker emphasised the importance of the support for the Treasury’s Office of Terrorism and Financial Intelligence (TFI).

She outlined a number of strategies that have been put together to ensure that the country’s economic authorities are producing optimum results in the United States’ quest to counter major national security and financial threats. Mandelker pointed, in particular, to rogue regimes, money laundering, the financing of terrorism and weapons proliferation.

One such measure was the establishment of Strategic Impact Units (SIUs) that involve a number of experts working together to maximise impact. Iran, she mentioned, is one of the United States’ highest priorities in these respects.

U.S. President Donald Trump has been concentrating on the Iran threat since he took office, identifying the Iranian regime as a major threat to peace and security in the Middle East and beyond.

Mandelker pointed out that Iran is also the biggest state sponsor of terrorism in the world and said that she is involved in the efforts to maximise pressure on the regime. She emphasised that the U.S. administration under Trump has taken extensive efforts to prevent Iran from expanding its influence, stating that “the total number of Iran-related sanctions targets under this Administration [amounts] to 927 entities, individuals, vessels, and aircraft”.

Iran has been using its commercial airlines to support the IRGC’s Quds Force in moving military personnel and weapons. Mandelker said that the United States has been targeting the Iranian commercial aviation sector to combat this illicit behaviour including urging foreign countries to deny landing rights to the airlines in question. The move has already proven to be fruitful with a number of countries denying airline Mahan Air access to their airports.

The Under Secretary also said that the United States has been drawing the international community’s attention to Iran’s abuse of the international financial system. She said: “In addition, we are continuing to warn countries and the private sector of the grave dangers of much of Iran’s commercial sector, including through an expansive FinCEN advisory issued in October 2018 where we documented scheme after scheme that the regime uses to abuse the international financial system. We also provided red flags to financial institutions to help them harden their systems and operations from abuse.”

With regards to the EU efforts to circumvent U.S. sanctions on Iran, Mandelker said that the administration had warned European officials against the establishment of a special purpose vehicle. She added that the administration has made it clear that those who “run afoul” of U.S. sanctions will risk a number of consequences such as access to the U.S. financial system and the ability to trade with the U.S.

She also drew attention to the Treasury’s efforts to disrupt the funding for terrorist groups – something that Iran is particularly guilty of. This is something that the international community should work together on to make it as difficult as possible for the Iranian regime to support the various different terrorist organisations that it is affiliated with.