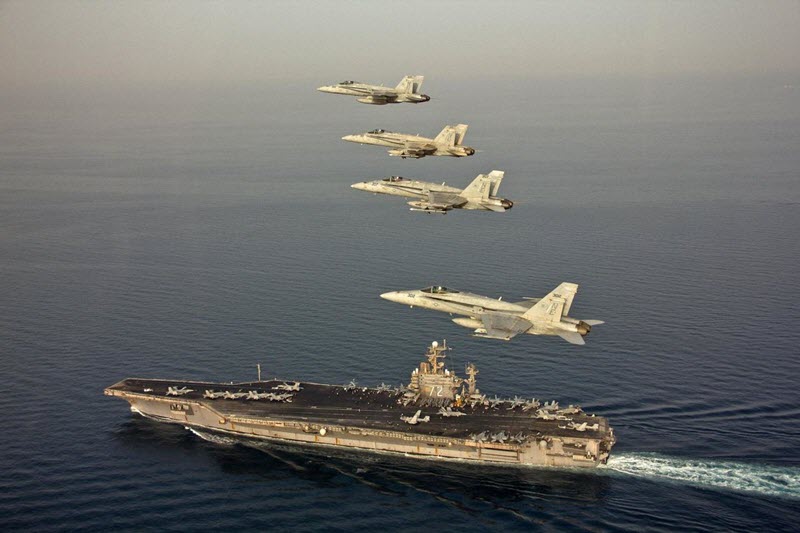 The US is sending an aircraft carrier strike group and bomber task force to the Middle East to counteract “troubling and escalatory indications and warnings” linked to Iran, according to National Security Adviser John Bolton.

Secretary of State Mike Pompeo said that this move had been under consideration for a while and that the US had “good reason” to want to communicate clearly to Iran how it would respond to malign actions.

Pompeo said: “It is absolutely the case that we have seen escalatory actions from the Iranians and it is equally the case that we will hold the Iranians accountable for attacks on American interests. If these actions take place, if they do by some third-party proxy, a militia group, Hezbollah, we will hold the Iranian leadership directly accountable for that.”
This comes one week after Iran regime’s Foreign Minister Mohammad Javad Zarif accused Bolton and others of “designing confrontation”.

He said: “I don’t think military confrontation will happen. I think people have more prudence that allowing a military confrontation to happen. But, I think the US administration is putting things in place for accidents to happen. And there has to be extreme vigilance so that people who are planning this type of accident would not have their way.”