US Issues Sanctions on 25 Entities for Funding Iran Regime 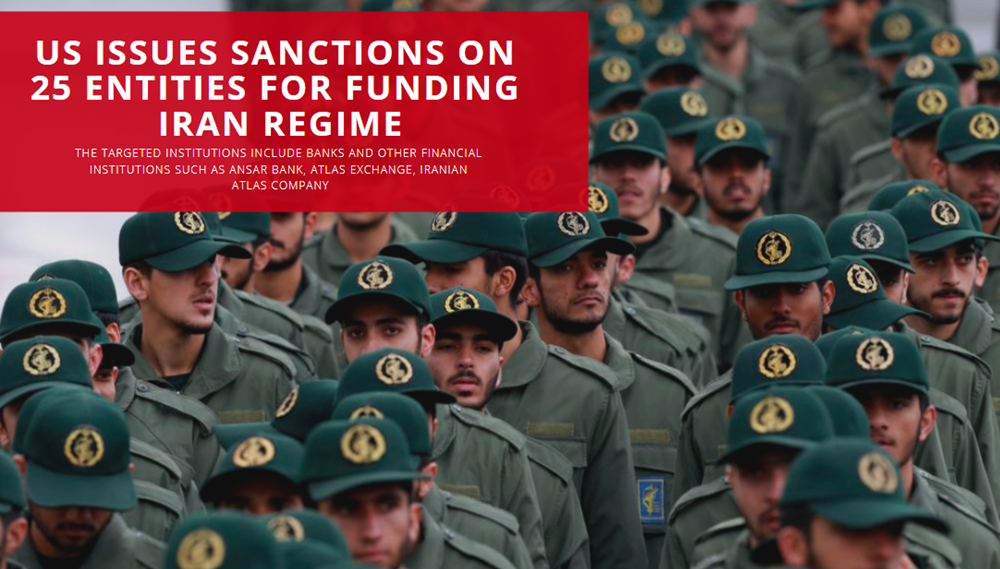 The US imposed new sanctions yesterday on 25 individuals and entities in Iran, Turkey and the United Arab Emirates that stand accused of laundering more than a billion dollars and Euros for Iran’s Revolutionary Guard Corps and defence ministry, who used the dirty money to fund terrorism in the Middle East.

US Treasury Secretary Steven Mnuchin said that they were “targeting a vast network of front companies and individuals” and disrupted ” a scheme the Iranian regime has used … to exploit the international financial system to evade (US) sanctions, while the regime funds terrorism and other destabilizing activities across the region”.

Treasury undersecretary for terrorism and intelligence Sigal Mandelker said that at the centre of the scheme was Revolutionary Guards-controlled Ansar Bank and its currency exchange arm, the Ansar Exchange. She said that they both” used layers of intermediary entities to exchange devalued Iranian rial ultimately for dollars and Euros ” to fund the Revolutionary Guards and Iran’s Ministry of Defense and Armed Forces Logistics.

The US advises that the defence ministry and armed forces logistics agency are responsible for Iran’s missile program, including those that are being used by Iran-backed Houthi fighters in Yemen to fire on coalition forces supported by the US.

Mandelker said: “This vast network is just the latest example of the Iranian regime’s use of deceptive practices to exploit the global financial system and divert resources to sanctioned entities. This once again exposes to the international community the dangerous risks of operating in an Iranian economy that is deliberately opaque.”

Eight individuals have also been targeted, all of whom are officials at the several financial institutions that have been sanctioned by the US.

The sanctions freeze any of the target’s property and funds held in the US, bans Americans from conducting business with them, and threatens foreign financial institution that works with them with US blacklisting.

This is an important step in the right direction for the US, but sanctions need to go harder and faster. There are many more Iranian front companies funding the IRGC and its affiliates who must also be stopped. However, it is immensely important that other countries take heed and follow the US’s lead.