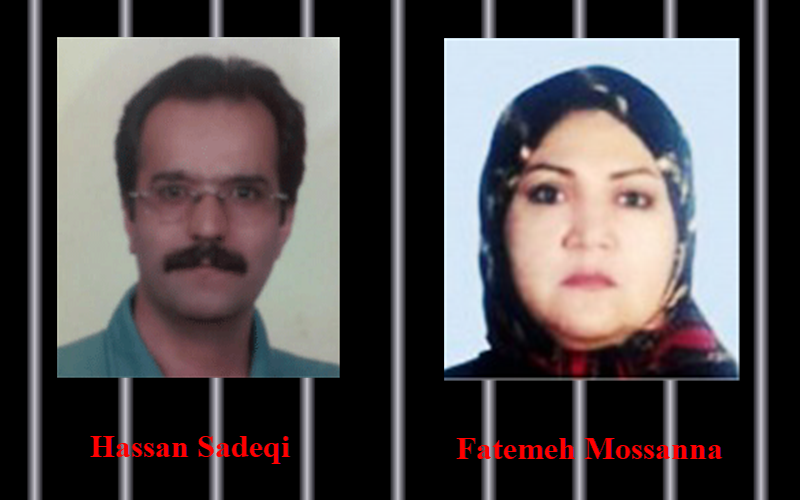 With political prisoner Fatemeh Mossanna and her husband, Hassan Sadeqi detained in Iran’s Evin and Gohardasht prisons, respectively, one of the regime’s agencies confiscated their house. Then, 10 days ago, the same agency seized the business belonging to the couple.

Their son, Iman Sadeqi, said, “After confiscating a large portion of our properties, they have now confiscated our family’s only place of residence. According to the Penal Code, the court cannot seize a property the confiscation of which deprives the spouse, children and other persons under the guardianship of a convict from food, clothing and housing.”

According to Iman Sadeqi, his parents suffer from various illnesses and need to receive medical care. However, judicial authorities have not been cooperating, and his parents have not been allowed to go to hospital where he made arrangements at his own expense.

Fatemeh Mossanna also had three brothers, called Ali, Mostafa, and Morteza. All of them, including her sister-in-law were sentenced to death and executed. Ali Mossanna was executed while his wife and two daughters aged 4 and 6 were in prison.

Fatemeh Mossanna and Hassan Sadeqi were arrested on January 28, 2013, three decades later, along with their 16-year-old son. They were all imprisoned in Evin. While their son was released shortly afterwards, the couple remained under interrogation for a very long time. This was so they could be questioned about why they held the funeral ceremony for Hassan Sadeqi’s father who had died at Camp Liberty, Iraq because this is where the PMOI members resided.

Camp Liberty was a former United States military installation in Baghdad, Iraq, which has been used from 2012 to September 2016 to house the members of the People’s Mujahedin of Iran (PMOI, also called MEK), who had been forcibly evicted from Camp Ashraf. Now those members have been moved again for protection from Iran, this time to Albanian.

On April 9th, 2014, Hassan Sadeqi and Fatemeh Mossanna were sentenced to 15 years in prison by the 26th Branch of the Revolutionary Court in Tehran on the charge of having contacts with the People’s Mojahedin Organization of Iran.