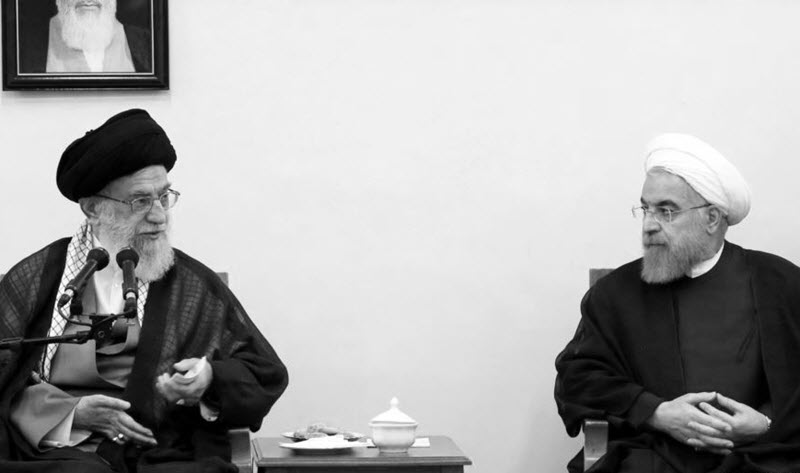 The Iranian regime is under increasing pressure as internal rifts continue to divide the country’s leadership. U.S. sanctions on Iran and the Trump administration’s decision to impose oil restrictions have led to the already existing divides becoming even more significant and disruptive.

When the U.S. State Department announced that it expects all countries to reduce their imports of Iranian oil to zero, there was much debate about how effective the measure would be. However, compliance, for the most part, has been satisfactory and Iran is certainly feeling the pinch.

A State Department official announced a few weeks ago that the sanctions have resulted in Iran losing around $10 billion in oil revenue alone.

Iran has been forced to look for new economic ties where it can and earlier this month the Iranian economy and finance minister met with officials in China in a bid to boost economic ties between the two nations.

Not long after this trip, Iranian President Hassan Rouhani paid a visit to Iraq – another bid to boost economic ties.

The internal crisis in Iran has been going on for some time, but it all came to a head with the resignation of the Iranian Foreign Minister Javad Zarif. Although his resignation was rejected by President Hassan Rouhani, it became very clear that the balance of power in the country is not as it should be.

Zarif has also spoken about the widespread corruption in the country, especially money-laundering. Instead of being supported by President Rouhani, he was ignored and attacked by other officials.

When the Foreign Minister was participating in the negotiations to salvage the Joint Comprehensive Plan of Action (JCPOA), European authorities were arresting Iranian agents with regards to terrorist plots on European soil. A major embarrassment for Zarif who was trying to foster relations.

Zarif has been undermined time and time again yet his resignation was not accepted. This can only point to the importance of Zarif’s role, especially as he is able to keep the Western audience at bay. He is able to persuade the West that there are elements of moderation in the Iranian regime. There is not a single shred of moderation anywhere within the leadership of the country, but Zarif has managed to fool many.

The hardliners and the so-called moderates in Iran oppose on many issues. But at the end of the day it does not really matter what each side thinks. It is Supreme Leader Ayatollah Ali Khamenei that makes all the final decisions. Even the President has very little power. The Rouhani administration, rather than running the country, is just used as a scapegoat. This is the way the regime works and how it will continue to work until it collapses.