Environmentalists Continue to Be Persecuted in Iran 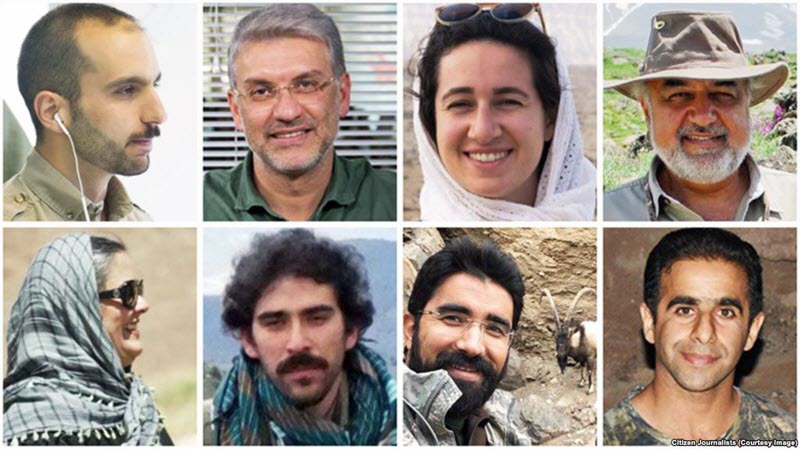 Iran is soon to try eight environmentalists, with four of them facing the death penalty and the others facing over 10 years of imprisonment. The environmentalists are members of the Persian Wildlife Heritage Foundation (PWHF), a prominent environmental organisation. Their crime was simply to conduct surveys of the Asiatic cheetah (also known as the Persian or Iranian cheetah) – a critically endangered species.

This is exactly the case with the PWHF environmentalists. The authorities are absurdly claiming that the individuals have links to Israeli and American intelligence agencies.

Not only have the PWHF’s projects been pre-approved by the relevant governmental organisations and authorities, but many officials have concluded that the environmentalists are innocent and should be released. The Iranian president’s legal deputy, a fact-finding committee, the environmental department of the government and several ministries have attested to the allegations being baseless.

Yet, they have still been detained and have been denied due process thus far. They were forced, through the use of torture, to confess to crimes they did not commit.
Authorities threated that members of their family would be arrested or killed. The environmentalists were also forcefully injected with hallucinogens that the regime describes as “truth serum” and several of them had their fingernails ripped from their fingers.

They have been left in solitary confinement for months and were beaten by prison agents. Their bodies have been badly bruised and their teeth have been broken.

Many lawmakers are concerned about the treatment of the environmentalists and are calling on Rouhani to ensure that due-process rights are granted. There is also concern about the trial which will be overseen by the notorious Judge Abolghasem Salavati who is known to sentence unfairly, based on forced confessions, and who allows trials to last only a matter of minutes.

The community of environmentalists in Iran are obviously very concerned about the treatment of their colleagues who are expecting a verdict to be announced imminently.

Calls are being made to the United Nations to speak out about these cases, especially because the PWHF have cooperated with the UN on matters.

Their treatment has been horrifying and their work is all the more valuable considering the number of environmental crises the country is currently facing. Instead of persecuting the people that are trying to warn about future dangers and fix the issues that are potentially going to be irreversible, they should be commended, valued and thanked for their selfless dedication.