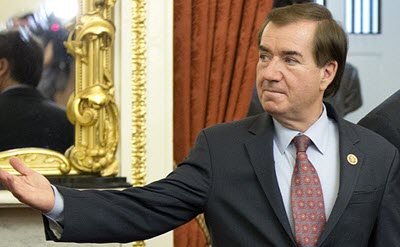 “Instead of forcefully condemning Iran’s dangerous missile tests, the White House is twisting itself into pretzels to explain how they don’t violate the president’s deeply flawed nuclear deal,” Royce said in a statement.

White House press secretary Josh Earnest said on Tuesday that the White House is still reviewing the launches to assess whether the U.S. should take the matter to the United Nations Security Council (UNSC).

He also noted that the U.S. passed sanctions on Iran’s regime in response to similar tests conducted in October and November.

Republicans and some Democrats in Congress on Tuesday called for stronger measures against the Iranian regime in light of the sanctions and a UNSC resolution calling upon Tehran to refrain from such tests.

Royce slammed the administration for “tripping over technicalities,” adding that inaction could show Iran’s regime it can violate the nuclear deal.

“Iran is making a mockery of President Obama’s vow to confront Iran’s dangerous and illicit acts,” he said.

“For a second day in a row, the Iranian regime has launched ballistic missiles in violation of U.N. sanctions. These latest missiles were reportedly designed to strike our ally Israel, and stamped with the words ‘Israel should be wiped from the pages of history,’” he added.

“Here’s the reality: If Iran sees it can violate U.N. missile sanctions with no consequence, it will violate this nuclear deal too,” Royce said, according to The Hill.

“President Obama must lead and aggressively enforce all sanctions against Iran’s missile programs, support for terrorism, and human rights abuses. No more looking the other way.”